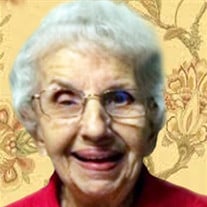 FITCHBURG- Yvonne M. (Richard) Rivard, 92 of Fitchburg, died Monday morning June 24, 2019 in her home. She was born in Fitchburg on February 19, 1927, a daughter of the late Dennis and Regina (Thibodeau) Richard and has resided here all her life. Yvonne received her greatest pleasure from caring for her family members. In her later years she worked as an aid at the Cedar Street Home in Fitchburg. Yvonne was a lifelong member of St. Joseph’s Parish where she was active in the Daughters of Isabella. She enjoyed bowling, crocheting and was an avid Red Sox fan. Her husband of 61 years, Joseph O. Rivard died in 2016. She leaves five daughters, Susan M. Patronick of Fitchburg, Ann M. Morales of Fitchburg, Laura J. Champa and her husband, Steven of Fitchburg, Michele J. Aho of Fitchburg and Jane M. Doiron and her husband, David of Ashburnham; a son, Roger D. Rivard and his wife Diana of Fitchburg; a daughter-in-law, Suzanne Rivard of Ashburnham; her sister, Loretta Fortier of Gardner; ten grandchildren, six great-grandchildren and several nephews and nieces. She was predeceased by her son, Paul F. Rivard who died in 1979; her daughter, Denise Rivard who died in 1962; a brother, Rene Richard of Bangor, ME and a sister, Dorothy Belliveau of Fitchburg A Mass of Christian Burial Mass will be celebrated on Friday, June 28, 2019 at 10AM in St. Joseph’s Church, Fitchburg. Burial will be in St. Joseph’s Cemetery. Calling hours will be held on Thursday, June 27, 2019 from 4 to 7 PM in the Isabelle & Anderson Funeral Home, 316 Clarendon St. Fitchburg. In lieu of flowers memorial contributions may be made to a charity of one’s choice.

FITCHBURG- Yvonne M. (Richard) Rivard, 92 of Fitchburg, died Monday morning June 24, 2019 in her home. She was born in Fitchburg on February 19, 1927, a daughter of the late Dennis and Regina (Thibodeau) Richard and has resided here all her... View Obituary & Service Information

The family of Yvonne M. (Richard) Rivard created this Life Tributes page to make it easy to share your memories.

Send flowers to the Rivard family.