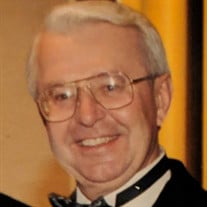 LUNENBURG- Wolfgang Georg Bursch, 76, passed away on May 7, 2019 at Apple Valley Care Center in Ayer after a courageous battle with Parkinson’s Disease. Wolfgang was born in Weisswasser Germany on February 18, 1943. Wolfgang, his brother Siegfried “Ziggy” and his parents Irma and Stanley Gryszka left Europe in 1952 to settle in Fitchburg. In the spring of 1962 Wolf graduated from Fitchburg High School. Wolf went on to work at Fitchburg Gas & Light Co and sold natural gas service and appliances in the Fitchburg area. After several years Wolf moved to Marlboro and worked for the Marlboro Chamber of Commerce working to promote business in Marlboro. Wolf saw a new industry emerging and took a leap into promoting and selling electronic gaming machine. He traveled the country working for Action Jackson Co. selling this new technology. Eventually it was time to settle back down. A-Wolf Service Company was born, selling video gaming machines. As the stand-up video industry slowed, instead of driving his car for work he started to work on cars as a manager of Midas of Acton. Wolf started selling printing services for Wallace Press, owned by his son-in-law Paul Ebbs. After a few years of road sales it was time to slow down, Wolf started working for Lakeview Nurseries as store manager in Winchendon, owned by his son Richard. In 2008 Wolf retired from a long career of sales. While he always called Fitchburg “home”, Wolf also lived in Lunenburg where he married Carol Anderson and raised three children. Living on Hickory Hills Lake he discovered a love of sailing. Many weekends were spent in the water on his Sunfish. After divorce, Wolf moved to Marlboro. Wolf discovered his talents performing in annual musical productions put on by the Marlboro Rotary Club. He spent many nights enjoying a steak and scotch at his favorite restaurant, The Wildwood. As a people person, Wolf became a Mason and enjoyed the life-long fellowship and relationships he created with his brothers. Wolf met Jan Sonjara and they settled in Ayer. While living there, Wolf got to enjoy having a backyard again. He planted all sorts of plants from his son’s garden center. He also was in a perpetual battle with a flock of wild turkeys that raided his bird feeders. Wolf also enjoyed being a grandfather, he was “Grampie Wolf” to many. Getting tired of the steep driveway in Ayer, Wolf moved to Sarasota FL and enjoyed walking Lido Beach watching the sunsets. Wolf moved back to Ayer to be closer to family during his battle with Parkinson’s disease. Wolf was a dedicated family man and leaves three children, two sons, Richard Bursch and wife Michelle, Mark Bursch and wife Robin, all of Lunenburg, and one daughter, Christina Ebbs and husband Paul of Bow, New Hampshire; and 4 grandchildren, Emilee and Sierra Bursch and Nicholas and Jessica Ebbs. He also leaves his brother, Siegfried "Ziggy" Bursch of Fitchburg and his family. Calling hours will be held on Tuesday, May 14, 2019 from 5 to 7 PM in the Isabelle & Anderson Funeral Home, 316 Clarendon St., Fitchburg. For further information or to leave an online condolence please visit their website at www.andersonfuneral.com. In lieu of flowers memorial contributions may be made to the Parkinson Foundation, 200 SE 1st St., Suite 800, Miami, FL 33131. www.parkinson.org

LUNENBURG- Wolfgang Georg Bursch, 76, passed away on May 7, 2019 at Apple Valley Care Center in Ayer after a courageous battle with Parkinson&#8217;s Disease. Wolfgang was born in Weisswasser Germany on February 18, 1943. Wolfgang, his brother... View Obituary & Service Information

The family of Wolfgang G. Bursch created this Life Tributes page to make it easy to share your memories.

Send flowers to the Bursch family.