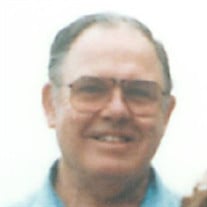 AYER: William H. Davis, Jr., 93, of Ayer, formerly of Uxbridge and St. Augustine, Florida, died Tuesday, June 22, 2021. He was the husband of Mary A. (Moorhead) Davis who died in 1997. Mr. Davis was born in Newton, April 14, 1928, a son of William H. and Agnes (Crough) Davis and resided many years in Uxbridge before moving to Ayer nearly twenty years ago. During WW II, Mr. Davis served his country in the United States Navy. He attended Boston College and was a member of St. Anthony’s Church in Shirley. Between 1992-1997 he served as the Veterans Agent in the Town of Uxbridge and was a member of the Uxbridge VFW. For eight years Mr. Davis held the position of the President of Willimansett Credit Union in Amherst, Massachusetts before his retirement in 1995. Previously, he had worked fourteen years at St. Mary’s Credit Union in Marlboro and many years ago held the position as the sales manager at Microwave Development Labs in Needham. He leaves two sons, Brian P. Davis of South Yarmouth, Kevin M. Davis of Marlboro; three daughters, Kathleen M. Kidder of Bradenton, Florida, Maureen E. Woodward of Ipswich, Eileen M. White of Oklahoma; nine grandchildren and twelve great grandchildren. He was the brother of the late Robert Davis and Mary Nagle both of Newton and the grandfather of the late Sean D. Allen and Michael R. White both of Oklahoma who died in 2018. A funeral Mass will be celebrated 10 AM Saturday June 26, 2021 at St. Anthony’s Church, 12 Phoenix Street, Shirley. Burial will be in St. Mary’s Cemetery, Uxbridge. Mr. Davis’ family will receive family and friends at calling hours 4-7 PM Friday June 25, 2021 at the Anderson Funeral Home, 25 Fitchburg Road, Ayer. For additional information or to leave an online condolence please visit their website at www.andersonfuneral.com.

The family of William H. Davis Jr. created this Life Tributes page to make it easy to share your memories.

Send flowers to the Davis family.