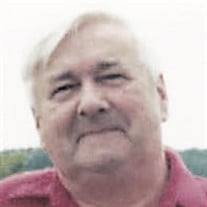 AYER- Walter F. Szymkowski, 86, of Ayer, died Thursday, October 3, 2019, in the Westford House. He was born in Worcester on January 22, 1933 a son of the late Walter and Tessie Szymkowski and had resided in Shirley for several years before moving to Ayer. He was a Korean War Veteran having served in the U.S. Army. Walter worked for several bus companies through the years and was employed by the Dee Bus Company at the time of his retirement. Many years ago he owned and operated Walt’s Jenny Station in Shirley. From the age of seven he was an avid NY Yankees Fan and a fan of the NY Giants as well. Walter also coached baseball in Shirley for several years and enjoyed playing cards and cooking for a crowd. He leaves his wife of 26 years, Patricia E. (Mungovan) Szymkowski of Ayer; a sister Patricia Krucek of Leominster; his step-children, Debra Ayers of Pennington, NJ, Brian Morse of Ayer and Alison Morse of Ayer; his step- grandchildren, Rebecca and Jameson; nephews and nieces. He is predeceased by his brother, Robert Szymkowski of Texas. Walters’s family would like to thank the entire staff at the Westford House for their compassionate care. His funeral Mass will be celebrated on Tuesday, October 8, at 10AM in St. Anthony of Padua Church, 14 Phoenix St., Shirley. Burial will follow in St. Anthony’s Cemetery. Calling hours will be held in the Anderson Funeral Home, 25 Fitchburg Rd., Ayer, on Monday, October 7, from 4 to 7 PM. For further information or to leave an online condolence please visit www.andersonfuneral.com. In lieu of flowers memorial contributions may be made to the Wounded Warriors Project, P.O. Box 758516, Topeka, Kansas 66675-8516

AYER- Walter F. Szymkowski, 86, of Ayer, died Thursday, October 3, 2019, in the Westford House. He was born in Worcester on January 22, 1933 a son of the late Walter and Tessie Szymkowski and had resided in Shirley for several years before... View Obituary & Service Information

The family of Walter F. Szymkowski created this Life Tributes page to make it easy to share your memories.

Send flowers to the Szymkowski family.