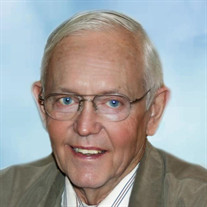 SHIRLEY: Waldo C. Farnsworth, 91, a longtime Shirley resident died Thursday, April 23, 2020 at CareOne of Concord. He is predeceased by the love of his life, Corinne E. (Gionet) Farnsworth, in April 1994. Mr. Farnsworth was born in Shirley, July 28, 1928, a son of William P. and Caroline (Dodge) Farnsworth and was a lifelong Shirley resident. At a young age, Wally became interested in planes, and eventually got his pilot license. He loved flying. Even in his final days he could tell anyone details about any plane, including the year, model and what war it fought in. For nearly thirty years he worked at P.K. Keating Company in Lunenburg, retiring in 1993. Previous to that, he operated his father’s lumber mill from the time he was a young man. Wally was a man who was loved by everyone who met him. He was kind, loving, generous and selfless. He and Corinne loved spending weekends playing cards with their lifelong friends, Norm and Dot Gionet. For Wally family was the most important thing in his life. He leaves four daughters and son-in-laws, Joan F. and Glenn Gould of Shirley, Susan M. and the late Greg Kimball of Nashua, NH, Debra J. and Curtis Chase of Shirley and Sharon L. and Michael Perkins of Billerica. He also leaves seven grandchildren, Greg Kimball Jr., Christopher Kimball, Kelly Gould, Jennifer Hughes, Jessica Nelson, Nicole Lang and Ashlee Perkins; and seven great grandchildren, Molly Kimball, Adam Kimball, Lily Kimball, Ally Kimball, Chase Hughes, Troy Hughes and Natalie Nelson. He was the brother of the late Pauline Higgins of Athol. In lieu of flowers, donations can be made to the Sterling Animal Shelter, 17 Laurelwood Rd, Sterling, MA 01564. Due to restrictions on gathering services will be held privately. The Anderson Funeral Home, 25 Fitchburg Rd., Ayer is assisting the family with arrangements. For additional information or to leave an online condolence please visit their website at www.andersonfuneral.com

SHIRLEY: Waldo C. Farnsworth, 91, a longtime Shirley resident died Thursday, April 23, 2020 at CareOne of Concord. He is predeceased by the love of his life, Corinne E. (Gionet) Farnsworth, in April 1994. Mr. Farnsworth was born in Shirley,... View Obituary & Service Information

The family of Waldo C. Farnsworth created this Life Tributes page to make it easy to share your memories.

Send flowers to the Farnsworth family.