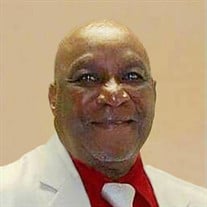 AYER: Thomas C. Wilson, Sr., 90, of Ayer, passed away on Monday morning, March 22, 2021, in the Nashoba Valley Medical Center in Ayer. He was born in West Mifflin, PA on December 26, 1930, a son of the late Mingo and Phoebe May (Wilson) Wilson and has resided in Ayer for sixty years. Mr. Wilson was a Veteran of the Korean War having proudly served his country in the U.S. Army. Following his honorable discharge from the service he went to work at the former Murphy Knife in Ayer. Throughout the years he held several positions including a foreman at San-Vel in Littleton and a houseman at the Four Point Sheraton in Leominster. Mr. Wilson was a member and Grand Chaplin of the Prince Hall Lodge of Masons in Boston, the Order of the Eastern Star and the Shriners. He was also a longtime member of the New Hope Community Church in Ayer. He enjoyed playing cards, gardening, barbequing, spending time with his family, and loved his church family. His wife of 44 years, Mozeaner M. (Steals) Wilson, died in 2000. He leaves two sons, Thomas C. Wilson, Jr. and his wife Lisa of Leominster and Timothy A. Wilson and his wife Deaconess Tambrie of Ayer; three daughters, Deaconess Yolanda Cunningham and her husband Ronnie of Ayer, Debora Holloway and her husband Melvin of Ayer and Rev. Shimeca Wilson of Ayer; a brother, Charles Wilson of Philadelphia, PA; two sisters, Marie Parker and Elizabeth Garner both of West Mifflin, PA; nine grandchildren, James Wilson and his wife Earon, Christine Brown and her husband, Ethan, Ronnie Cunningham, Jr. and his wife, Krizia, James Tate and his wife, Yary, Maureen Acciai, Nicholas Wilson and his wife, Jordan) Rev. Anthony Wilson and his wife, Sheavoynne, Jamal Cunningham and Leola Cunningham; 16 great grandchildren, one great-great granddaughter and several nephews and nieces. In addition to his wife, Mr. Wilson is predeceased by a son, Terry Wilson, a granddaughter, Maya Williams, two brothers, Harry Wilson and James Wilson and a sister, Phoebe Wilson. Calling hours will be held on Friday, March 26, 2021, from 4 to 7 PM in the Anderson Funeral Home, 25 Fitchburg Rd., Ayer. Due to Covid-19 restrictions, Mr. Wilson’s funeral will be held privately on Saturday, March 27 in the New Hope Community Church in Ayer followed by a burial with Military Honors in the Woodlawn Cemetery in Ayer. Mr. Wilson's funeral will be live-streamed through New Hope Community Church website on the day of the service. Go to www.newhopechurchweb.com click on the Watch Now button on the homepage and it will take you to the streaming page. Or on our YouTube channel. The streaming will start once the service begins at 11:00 am. In lieu of flowers, memorial contributions may be made to New Hope Community Church, 139 Sandy Road, Ayer, MA 01432. For further information or to leave an online condolence please visit www.andersonfuneral.com

AYER: Thomas C. Wilson, Sr., 90, of Ayer, passed away on Monday morning, March 22, 2021, in the Nashoba Valley Medical Center in Ayer. He was born in West Mifflin, PA on December 26, 1930, a son of the late Mingo and Phoebe May (Wilson) Wilson... View Obituary & Service Information

The family of Thomas C. Wilson Sr. created this Life Tributes page to make it easy to share your memories.

Send flowers to the Wilson family.