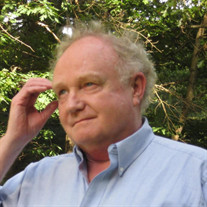 GROTON: Atty. Thomas E. Lilly, 82, of Groton, was born in Clinton, Massachusetts on January 21, 1939. He was the son of Atty. Richard T. and Dorothy (Shuttleworth) Lilly and resided in Groton for over fifty years. Tom grew up in Shirley and graduated from Notre Dame Preparatory School in Fitchburg as the valedictorian from the first graduating class in 1956. Tom continued his education at St. John’s Seminary in Brighton and in 1967, he received a Juris Doctorate from Suffolk University. For over thirty years, Tom practiced law in Ayer, initially as a sole practitioner before becoming a founding partner in the Bowmar, Larkin, Lilly, & Barton Law Firm. During this time, Tom was a member of the Massachusetts Bar Association and past president of the North Middlesex Bar Association. He was accepted to the Massachusetts Bar and was admitted to represent clients before the Supreme Court of the United States, the Superior Court of Massachusetts, and the United States District Court. Tom attended St. Anne’s Church in Littleton, where he served as a Lector and Eucharistic Minister. Between 1968 – 1978, Tom served as town counsel for the Town of Ayer and later served many years as chairman of the Board of Trustees for Norte Dame Preparatory School in Fitchburg. Tom leaves his wife of fifty-seven years, Rita (Sotera) Lilly, his son and daughter-in-law, Atty. Christopher T. and Allison Lilly of Lunenburg; daughter and son-in-law, Jennifer L. Turi, MD and Matthew of Durham, NC; and daughter and son-in-law Stephanie J. Cronin and Peter of Dunstable; a brother, Richard T. Lilly, Jr. of NH; two sisters, Mary Jane DelMaestro of California, Clare Kauppi of Townsend; and eight grandchildren, Emma Turi, Benjamin Lilly, Katie Turi, Sophia Cronin, Elise Lilly, Isabella Cronin, Cecilia Cronin, and Francesca Cronin. Tom died the morning of July 14th at home. A funeral Mass will be celebrated Thursday, July 22nd, 10:00 AM at St. Anne’s Church, 75 King Street, Littleton. The burial will be at the Groton Cemetery. Tom’s family will receive family and friends at calling hours from 4:00 – 7:00 PM on Wednesday, July 21st at the Anderson Funeral Home, 25 Fitchburg Road (Rte 2A) in Ayer. For additional information or to leave an online condolence, please visit their website at www.andersonfuneral.com. Memorial contributions may be made to Loaves and Fishes Food Pantry in Ayer https://loavesfishespantry.org/

GROTON: Atty. Thomas E. Lilly, 82, of Groton, was born in Clinton, Massachusetts on January 21, 1939. He was the son of Atty. Richard T. and Dorothy (Shuttleworth) Lilly and resided in Groton for over fifty years. Tom grew up in Shirley and... View Obituary & Service Information

The family of Atty. Thomas E. Lilly created this Life Tributes page to make it easy to share your memories.

Send flowers to the Lilly family.