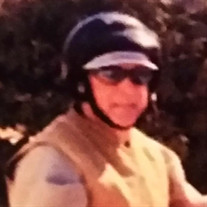 TOWNSEND: Thomas E. Chaplin, Jr., 88, of Townsend, formerly of Burlington, died Tuesday, December 17, 2019 at his home surrounded by his family. He is predeceased by his wife of 54 years, Lorraine T. (Smith) Chaplin who died in August 2007. Mr. Chaplin was born in Arlington, January 7, 1931, Son of Thomas E. and Elizabeth (Whithorn) Chaplin and resided in Burlington before moving to Townsend forty six years ago. He attended Burlington High School. During the Korean Conflict, he served his country in the United States Army. For over 25 years, Mr. Chaplin worked as a Firefighter in the Town of Burlington, retiring in 1987, prior to that he worked for the Burlington Highway Department. Following his retirement, he and his wife enjoyed 25 years together spending their winters in Florida. He owned and operated The Echo Knoll Farm in Townsend. He was a member and past president of the Townsend Lions Club, a member of the Red Knights Motorcycle Club as well as a member of the Massachusetts Retirees Association. He also belonged to the Townsend VFW and the Townsend American Legion, he was a true patriot. He was a lifelong motorcyclist and was known around town riding his bright red Can-Am. He leaves two sons, Thomas Chaplin III of Merrimack, NH, Kenneth R. Chaplin of Townsend; six daughters, Susan Chaplin of Fitchburg; Lou Anne Cellana and her husband, Carl, of Jackson, NH, Kathleen M. Bourn and her husband Steve, Arlene P. Keefe and her husband, David, Sheila T. Chaplin all of Townsend, Karen L. Hutchins and her husband Howie of Bailey Island, ME, 21 grandchildren, 29 great grandchildren and 2 great great grandchildren. His children and all his grandchildren was what he loved the most. He was the brother of the late Marie Copeland of Sanbornton, NH. A private grave side service will be held. A celebration of Mr. Chaplin’s life will be held in the spring at “the farm”. The Anderson Funeral Home, Townsend is assisting the family with arrangements.

TOWNSEND: Thomas E. Chaplin, Jr., 88, of Townsend, formerly of Burlington, died Tuesday, December 17, 2019 at his home surrounded by his family. He is predeceased by his wife of 54 years, Lorraine T. (Smith) Chaplin who died in August 2007. Mr.... View Obituary & Service Information

The family of Thomas E. Chaplin Jr. created this Life Tributes page to make it easy to share your memories.

Send flowers to the Chaplin family.