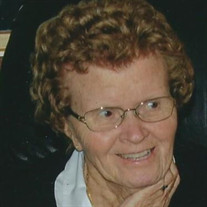 ASHBY: Theresa M. “Terry” (Kiley) Honkala, beloved wife, mother, nurse, and caregiver died Saturday, December 25, 2021 surrounded by her children at the Highlands Long Term Care Center, Fitchburg. She was 93 years old. Terry was born Theresa Mary Kiley on November 14, 1928, in Great Barrington, Massachusetts. Her parents were Alan and Marybell (Bossidy) Kiley. She was raised by her aunt, Rose MacDonald, following the death of her mother. Terry graduated from Athol High School in 1946 where she very active in school activities. Following high school, Terry graduated from Burbank Hospital School of Nursing in Fitchburg in 1949. As a new nurse she embarked out on a stellar career as a labor and delivery nurse at Burbank Hospital. For 40 years Terry cared for mothers and helped to deliver their babies into this world. When a child is born the world is altered in an instant. A new voice is heard, new love comes into being. Terry was part of this experience with many, mothers meeting their babies for the first time. After retirement from Burbank Hospital, Terry was a hospice volunteer for Health Alliance Hospital, fulfilling over 500 hours. Terry was also very active in the Woman’s Auxiliary of Ashby. During nursing school Terry met the dashing Rauni Honkala at a dance, whom she married in 1950. They built their home together and resided in Ashby. Together they cared for, guided, and raised seven children. Their door was always open for anyone who needed a bed to sleep in or a warm meal. In addition, to her children Terry is mourned and will be missed by eleven beautiful, caring grandchildren and eight wonderful great-grandchildren. Terry was predeceased by her siblings James Kiley of Lenox, Joseph Kiley of Pittsfield, Timothy Kiley of Stockbridge, and Rosemary Lundberg of Ashby. The love her life Rauni Honkala died in 2014 and her son Kevin in 1980. She leaves behind a legacy of six children. Debbie Honkala and her companion Mike Roberts of Townsend, Keith Honkala and his wife Teresa of Ashby, Diane Carson and husband Kurt of Townsend , Dale Helle of Holden, Donna Childs and husband Jeff of Ashby and Kris Honkala of Newburyport. Terry died with her children beside her after a long struggle with Alzheimer’s. A Funeral Mass will be celebrated 11 AM Friday, December 31, 2021 at St. Bernard’s Parish worshipping at St. Camillus de Lellis Church, 333 Mechanic Street, Fitchburg. Burial will follow at Glenwood Cemetery, Ashby. There are no public calling hours. The Anderson Funeral Home, 250 Main Street (Rte. 119) Townsend Center is assisting the family with arrangements. For additional information or to leave an online condolence, please visit their website at www.andersonfuneral.com. In place for flowers donations can be made in memory of Terry to the Alzheimer’s Disease Association 309 Waverly Oaks Road, Waltham, MA 02452 or the Highland Care Center, 335 Nichols Street, Fitchburg, Massachusetts 01420.

The family of Theresa M. (Kiley) Honkala created this Life Tributes page to make it easy to share your memories.

Send flowers to the Honkala family.