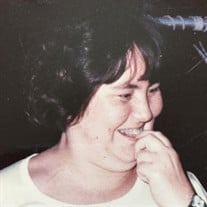 ACTON: Susan Helen Moritz, of Acton, died Thursday, August 26, 2021, in Hartford Hospital, Hartford, Connecticut, after a brief illness. Ms. Moritz was born in 1956 in Cambridge, Massachusetts, to parents Elizabeth (Cooper) and Clement Moritz. She was raised in Acton, Massachusetts, and graduated from Acton-Boxborough High School in 1974. At the age of 21, Susan received a life-saving kidney transplant, which opened the door for a future 44 years. Susan relocated to Texas, and in 1984 she earned a Bachelor of Arts in English at Austin College in Sherman. She devoted the next 20 years to being a homemaker, during which time she helped care for her mother, and rescued and fostered local abandoned cats. She returned to her hometown of Acton in 1998 and seamlessly resumed her passion for following the teams which had given her so much pleasure from her youth, the Boston Red Sox, Boston Celtics, and New England Patriots. Susan had a lifelong love of reading and writing. She maintained an extensive library of cherished books; her interests ranged from classic literature to contemporary studies, history, railroads and cooking. She kept a meticulous journal commenting on the events of the day, and was renowned as an astounding conservator of neighborhood history and lore. Susan is survived by two siblings, Christopher Moritz, of Saint Louis, Missouri, and Natalie Delorey, of Shirley, Massachusetts, as well as her cousins David Cooper of West Virginia, Robert Cooper of Portsmouth, VA, Marie Razulis of Baltimore, MD, James Razulis of Chestnut Hill, MA, and Susan, Jean, and Dorothy Razulis, all from Baltimore. She also leaves her lifelong best friends, Lucia Vanaria of Leominster, Massachusetts, and Mary Joyce, of Hudson, Massachusetts. Donations can be made in her name to Amhisa Animal Haven Rescue, Templeton, MA. Memorial services will be private. The Anderson Funeral Home, 25 Fitchburg Road, Ayer is assisting the family with arrangements.

The family of Susan Helen Moritz created this Life Tributes page to make it easy to share your memories.

Send flowers to the Moritz family.