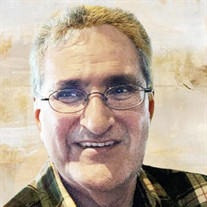 SHIRLEY: Saroop Matharu, age 71 passed away on the 19th January 2020 in his home in Shirley, MA. He was a much loved family man, who had traveled to many countries in the world, eventually living and making his home in each of the three continents of Africa, Europe and North America. He truly will be greatly missed by everyone. Saroop was born on the 8th October 1948 in Nairobi, Kenya into a family of two elder brothers and a younger sister. He was educated at school in Kenya, and moved to the United Kingdom in 1968 to pursue a career studying Chemistry. In the UK, he started working at Roussel Laboratories Limited, Swindon in 1970, whilst also studying at Oxford Polytechnic between 1970-1972. In 1981 he was awarded a PhD from the City University, London for his work in his specialist area of organic chemistry. He worked at Roussel for 26 years, made many friends and shared many wonderful memories during these years. From 1997 to 2004 he further developed his career with Cascade Biochem Limited in Reading, first as a synthetic organic chemist before working his way up to the position of Senior Project Manager. In November 2004, he moved to work in Devens, MA as Project Manager and Senior Scientist with Johnson Matthey Pharma Services. He lived his whole life with continued love, passion and enthusiasm for his work. During his career he authored and co-authored in many research papers in journals of his field of expertise, was involved in numerous patents, and gave many presentations, most notably in Paris, France in 1980. It is testament to his intellect, level of detail, patience, highly skilled technical practical work and meticulous approach to problem solving that he excelled in all aspects of his life and work. Saroop was a dedicated family man with a wonderful warm personality, and is survived by his wife Grace, their sons Kieran and Jason, daughter in law Celia, and grandsons Hayden and Harrison. He was a true family man at heart, always putting them first. Nothing was ever too much a task for him, and he always found out a working, logical solution for even the most complex of tasks in all areas of life. Saroop and Grace met in the United Kingdom where they had moved to pursue their careers in the 1970’s. They married in 1974 in Reading, United Kingdom. They both settled in Cricklade, Wiltshire in 1978 where they still have their family home. Both their sons followed in their fathers footsteps studying and excelling at science subjects at school and university and were both talented musicians, attending St. Paul’s Cathedral Choir School in London as choirboys. The arrival of Saroop’s grandchildren Hayden and Harrison was a time of great joy and happiness for him. Visiting them in Sydney Australia, October 2018 is a memory that he always remembered and treasured as it was here that he celebrated his 70th birthday. Saroop had a diverse range interests and hobbies and was a keen squash, badminton player, supporter of Liverpool football club and also enjoyed listening to music of all genres, especially classical music. He spent considerable time pursuing his interests in carpentry, electrics, do-it-yourself maintenance projects around the home, and car mechanics in his earlier years in the UK. Sport was a big part of his life and he enjoyed keeping fit, swimming and playing golf. He also quickly became a supporter of the national sports of football, baseball, basketball, ice hockey, tennis and attended many of their games with great enthusiasm in Boston, MA. Saroop will also be remembered for being a wonderful cook of all different cuisines, particularly the traditional Indian family recipes which he has preserved down the years. Socializing and friendship was also a great part of his life, and he was always telling of stories about meeting up with friends and attending social events when we used to talk over both sides of the Atlantic over the years when he was living in the US. He also enjoyed his own peaceful times of quiet reflection, and would often spend time listening to music, reading and enjoying long walks on the weekend in Concorde, MA. He made the USA his home for the last 16 years of his life, and spent some of his most happiest and memorable years here. Dr. Matharu’s family will receive family and friends at a visitation period 4:00 PM - 6:00 PM Thursday, January 30, 2020 at the Anderson Funeral Home, 25 Fitchburg Rd, (Rte 2A) Ayer.

SHIRLEY: Saroop Matharu, age 71 passed away on the 19th January 2020 in his home in Shirley, MA. He was a much loved family man, who had traveled to many countries in the world, eventually living and making his home in each of the three continents... View Obituary & Service Information

The family of Saroop S. Matharu PhD created this Life Tributes page to make it easy to share your memories.

SHIRLEY: Saroop Matharu, age 71 passed away on the 19th January...

Send flowers to the Matharu family.