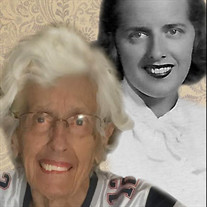 FITCHBURG- Ruth S. (Emmott) Plante, 96, formerly of Fitchburg and Melbourne, FL, died Saturday, April 6, 2019 in the UMass Memorial Medical Center in Worcester. Ruth was born in Bellingham, MA on September 28, 1922, a daughter of the late Edward and Fanny (Asher) Emmott. She was a graduate of Uxbridge High School, the Rhode Island School of Design, Green Mountain College, Fitchburg State College and the Children's Literature Institute. Ruth owned and operated the Kiddieland Nursery School in Leominster for 20 years prior to her retirement. Before that she worked as a special education teacher in the Fitchburg Public Schools system and also taught at the Perkins School in Lancaster. She enjoyed spending time with her family and friends, reading and traveling. She was a member of the American Legion Auxiliary. She was an avid artist and especially enjoyed Chinese Brush painting. She also enjoyed writing children's books and was in the process of having her first book published. Her husband of 59 years, Edmond P. Plante died in 2007. She leaves twins, daughter, Mary Jane Bentley of Holden, Mass.; and son, Mark Plante and his wife Marykate of Melbourne, FL; six grandchildren, William Campbell, Christopher Campbell, Megan Pickrell and her husband Ben, Sarah Harper and her husband Peyton, Jeffry Plante and his wife Hannah and Katie Plante; two great-grandchildren, Raymond Campbell and Aaliyah Mattson-Campbell and a third great-grandchild expected in July, as well as many loved nephews and nieces. In addition to her husband, she is predeceased by two brothers, Raymond Emmott and John Emmott as well as three sisters, Margaret Lindquist, Dorothy Small and Barbara Romasco Her funeral Mass will be celebrated on Thursday, April 11, 2019, at 10:00 AM in St. Joseph’s Church, 79 Woodland St., Fitchburg. Burial will be in the parish cemetery. A calling hour will be held on Thursday morning prior to the funeral from 8:30 to 9:30 AM in the Isabelle & Anderson Funeral Home, 316, Clarendon St., Fitchburg.

The family of Ruth S. (Emmott) Plante created this Life Tributes page to make it easy to share your memories.

Send flowers to the Plante family.