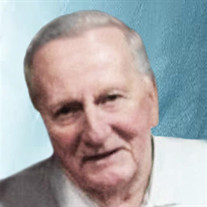 LEOMINSTER: Rudolph J. “Red” Leger, 87, of Leominster, a former longtime resident of Fitchburg, died Thursday, January 23, 2020 at his home. Mr. Leger was born in Fitchburg, February 10, 1932, a son of Adolph and Emma (Marley) Leger and resided most of his life in Fitchburg before moving to Leominster fifteen years ago. Mr. Leger worked several years at DeJohn Paper Company in Fitchburg and later at R&R Jewelers also in Fitchburg and Millbrook Distributors in Leicester. He leaves his wife of fifteen years, Annette (Chouinard) Bergeron Leger; six sons, Steven M. Leger and his wife, Michele of Abingdon, MD, Brian D. Leger and his wife, Lisa of Hubbardston, Mark E. Leger and his wife, Jean, of Gardner, Craig R. Leger and his wife, Michelle, Chris P. Leger all of Fitchburg, Shawn R. Leger and his wife, Alison of Windham, Maine; his brother, Deacon Robert Leger of Fitchburg; his sister and brother in law, Nancy and Stanley Howe of Fitchburg; five step children, Michael Bergeron of Sterling, Carol Kamp of Plymouth, David Bergeron and Jane Debrule both of Leominster, Ann Bastarache of Michigan; 14 grandchildren and 20 great grandchildren. Mr. Leger was predeceased by his first wife, Rachel B. (Berube) Leger in July 2003 and his two sisters, Theresa Bouvier and Juliet Daigle both of Fitchburg. Mr. Leger attended Fitchburg High School and in 1952 entered the United States Army serving during the Korean Conflict. He was an avid fan of the Boston Red Sox, Celtics and the New England Patriots. He was a member of the Franco American Club, member and Past President of the St. Joseph Club and was an accomplished billiards player who on one day successfully sunk 98 consecutive shots. He enjoyed gardening, woodworking and was a lifelong member of St. Joseph’s Church. A Funeral Mass will be celebrated 10 AM Monday, January 27, 2020 at St. Joseph’s Church, 49 Woodland Street, Fitchburg. Burial will be in the parish cemetery. Calling hours are 2-5 PM Sunday, January 26, 2020 at Isabelle & Anderson Funeral Home, 316 Clarendon Street, Fitchburg. Please visit their website at www.andersonfuneral.com for additional information or to leave an on line condolence.

The family of Rudolph J. Leger created this Life Tributes page to make it easy to share your memories.

Send flowers to the Leger family.