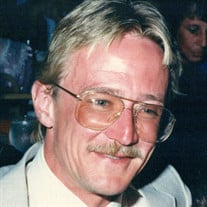 Townsend: Ron D. Johnson, 67, of Townsend died unexpectedly Wednesday, January 9, 2019 at his home. Ron was born in British Columbia, Canada, December 3, 1951, a son of Stella (Skarobohach) Johnson and the late Leonard Johnson and attended high school and college in British Columbia, Canada. He has resided in Townsend since 1972. Ron worked as a self employed carpenter. He was an avid bow hunter and fisherman and was a member of the Townsend Rod & Gun Club. He enjoyed riding his four wheeler and working in his garden. In addition to his mother of British Columbia, Canada, he leaves his wife of 30 years, Susan C. (Morse) Johnson; a son, Craig S. Johnson of Winchendon; a daughter, Crystal L. Johnson of Fitchburg; a brother and sister, Mark Johnson and Sally Rice both of British Columbia, Canada; a stepson, Michael Herr of Rindge, NH; a step daughter, Pauline Herr of Georgia; seven grandchildren and 1 great grandchild. A celebration of Ron's life will be held on Sunday, January 27th, from 11am-3pm at The Townsend VFW, 491 Main Street,Townsend. The Anderson Funeral Home, 250 Main Street, Townsend Center is assisting the family with arrangements.

The family of Ron D. Johnson created this Life Tributes page to make it easy to share your memories.