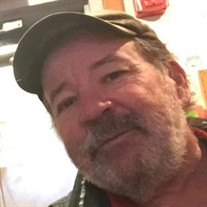 FITCHBURG: Robert H. “Foxy” Rousseau, Jr., 66, passed away Wednesday January 12, 2022, in the Boston Medical Center. He was born in Fitchburg on October 17, 1955, a son of the late Robert and Pauline (Trainque) Rousseau and grew up there graduating from Fitchburg High School. Robert resided Gardner for most of his adult life. He began his career with Victory Supermarkets and would later manage the dairy and frozen food departments for Donelan’s Supermarkets in Lincoln. He was a long time member and former officer of the Napoleon Club in Gardner and was an avid golfer winning several tournaments through the yeas including the Delray Memorial in 1988 and 1991 and the Commissioners Cup in 1989 and 1992. An all-around good guy and great friend, who will be greatly missed by many. He leaves his two sisters, Diane Robichaud of Ashburnham and Suzanne Rivard and her longtime companion, Kenneth Morand of Leominster; nephews and nieces, Robin Phillips, Randy Rivard, Cristie Eddy, Jennifer Smith, Melissa Infintino, Brian Robichaud, Garrett Morand and Nicole Olson along with eleven great-nephews and nieces. He is predeceased by his step-mother, Juanita Thibodeau. The family would like to thank Ann and Judy for their compassionate care and the staff at the Paramount Café for keeping him well fed. A private graveside service will be held in St. Joseph’s Cemetery in Fitchburg. There are no calling hours. A celebration of his life will be held at the Napoleon Club at a time and date to be announced. The Isabelle & Anderson Funeral Home, 316 Clarendon St., Fitchburg is assisting the family with the funeral arrangements for further information or to leave an online condolence please visit their website at www.andersonfuneral.com

The family of Robert H. "Foxy" Rousseau Jr. created this Life Tributes page to make it easy to share your memories.

Send flowers to the Rousseau family.