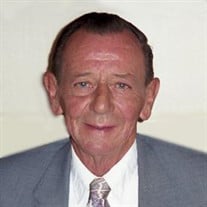 Shirley: Robert H. Perry, Jr. 84, of Shirley, formerly of Acton, died Thursday, July 26, 2018 during a brief stay at Apple Valley Center, Ayer. Mr. Perry was born in Somerville, May 28, 1934, the first of seven children born to Robert H. and Ethel (Loye) Perry, and grew up in the Pinehurst section of Billerica. He raised his family and resided more than 30 years in Acton before moving to Shirley in 2001. In the Korean Conflict, he proudly served his country with the United States Marine Corps, and attained within his four years the rank of Corporal. He leaves his wife of 62 years, Barbara E. (Clark) Perry, originally of Concord; a son, Douglas A. Perry of Shirley; two daughters and sons-in-law, Sheryl A. and Lou DeCilio of Stratford, CT, Gayle M. and Clive Nixon of Littleton; a brother, James Perry of Billerica; a brother-in-law, Edgar Clark of Fitchburg and three grandchildren, Tyler Nixon, Daniel DeCilio and Kayla Nixon. He was the brother of the late Thomas, Paul, Frederick, and MGySgt Howard Perry (USMC), and the late Florence Billotta. Four of Robert’s siblings followed his example, to become marines. Mr. Perry spent much of his sales executive career with Service Electric in Waltham, then he became a sales manager for Pepperell Home Center in Pepperell for twelve years, then joined a True Value branch close to home for several years. Following his retirement he drove the Shirley Council of Aging van for eight years to support local citizens and his community, after founding a landscaping company with his son. Robert embraced his role as a husband, father and 'Grampy'. He loved his family deeply; as only he could. Strong in faith he was a longtime parishioner and enjoyed ushering at the Trinity Episcopal Church in Concord. Robert enjoyed being active whether participating in sports or relaxing on a beach with Barbara by his side. During the 1970s and ‘80s he was he was both a cubmaster and a scoutmaster leader (of Pack 33 and Boy Scout Troop 284 in Acton, respectively), and a head coach for the town’s girls’ softball league. The scouts, under his leadership, earned enough money -- by cutting and selling firewood -- to take multiple trips including Quantico, Washington D.C., Walt Disney World, and NASA. He loved golfing, bowling, and playing in Acton’s ‘high-arc’ softball league where he was commonly known to pitch no-hitters. He was a past member of Aleppo Temple Order of Shriners, and, in his eighties, was elected as a Constable in the Town of Shirley. Funeral services will be held on July 31th, 1:00 PM at Trinity Episcopal Church, 81 Elm Street, Concord. Burial will be private. Calling hours are Monday, July 30th, 4-7 PM, at the Anderson Funeral Home, 25 Fitchburg Rd., (Rte 2A) Ayer. Please see www.andersonfuneral.com for additional information or to leave an e-condolence. Memorial contributions may be made to Parkinson’s Disease Research, c/o The Michael J. Fox Foundation. P.O. Box 5014, Hagerstown, MD 21741-5014

The family of Robert H. Perry, Jr. created this Life Tributes page to make it easy to share your memories.

Send flowers to the Perry, family.