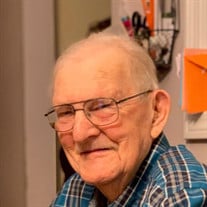 TOWNSEND : Robert E. Lorenzen, 95, of Townsend, died Saturday, October 30, 2021 at Leominster Rehabilitation and Nursing Center, Leominster. Mr. Lorenzen was born in New Haven, CT, January 17, 1926 a son of Peter and Anna (Vollenweider) Lorenzen and grew up in New Haven. He has resided in Townsend for over 50 years. He served his country for six years in the United States Navy. After he was discharged he went to the Culinary Institute of America and later received a graphic arts degree from Rochester Institute of Technology. His career in printing took him across the country eventually bringing him to Townsend where he worked as a printer for New England Business Service. In 1970 he opened the Corner House Restaurant on Depot Street in Townsend and continued to operate until 1974. He retired as the executive chef at Boston University. Mr. Lorenzen was a member of the Caleb Butler Lodge of Masons and volunteered for the Townsend Ecumenical Outreach. He was a longtime member of the Townsend Congregational Church and was a New England Sports fan. He loved spending time with his children, grandchildren and great grandchildren. Mr. Lorenzen leaves four sons, Matthew P. Lorenzen and his wife, Penny of Townsend, Timothy K. Lorenzen and his wife, Shirley of Charlestown, WV, Paul L. Lorenzen and his wife, Kelly of Ashby and Andrew J. Lorenzen of Leominster. He also leaves 9 grandchildren and 4 great grandchildren. He was predeceased by his wife, Elaine (Humphries) Lorenzen who died in December 2007 and his sister, Eleanor Steinaker of New Haven, CT who died in 2006. Mr. Lorenzen’s family will receive family and friends at calling hours from 4-7 PM Tuesday November 9th at at the Anderson Funeral Home, 250 Main Street, (Rte 119) Townsend Center. For additional information or to leave an online condolence please visit their website at www.andersonfuneral.com. Funeral services will be held 11 Am Wednesday, November 10, 2021 in the funeral home. Interment will follow at Hillside Cemetery. Memorial contributions may be made to TEO, 82, Bayberry Hill Road, Townsend, MA 01474.

The family of Robert E. Lorenzen created this Life Tributes page to make it easy to share your memories.

Send flowers to the Lorenzen family.