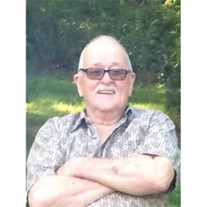 Mr. Bob Amadon was born in Townsend, January 26, 1940, a son of Harold Q. and Marian (Shepherd) Amadon and was a lifelong Townsend resident. For 19 years, Bob worked for the Commonwealth of Massachusetts Highway Department, retiring in 1998 as a working foreman. Previously, he had worked at New England Business Service in Townsend and the San-Vel Corporation in Littleton. Following his retirement he worked as a truck driver at JCA in Townsend. He leaves his wife of 55 years, Dianne (Ingerson) Amadon; three sons and daughters in law, Bruce A. and Kathryn Amadon of Templeton, Shawn A. and Sharon Amadon of West Townsend, Carl R. and Jennifer Amadon of Ashby; a daughter, Tina A. Morton and her husband, Donald of Mt. Airy, NC; three brothers, Paul Q. Amadon of New Bedford, Billy L. Amadon of New Ipswich, NH, Stephen A. Amadon of Gaffney, SC; six sisters, Carlene R. Whittemore of Townsend, Phyllis E. Reynolds of Ayer, Priscilla Wentworth of Raymond, NH, Carol Amadon of Belfast, ME, M. Jean Hewitt of Florida, and Faith L. Luhtala, of New Ipswich, NH. He leaves eight grandchildren; Kendell Amadon, Brandan Amadon, Alicia Amadon, Bradley Amadon, Noah Miller, Alex Amadon, Collin Amadon, Ethan Amadon, and one great-grandchild; Karsen Amadon. He also leaves many nieces and nephews. He was the brother of the late Richard H. Amadon of Townsend who died in 2001. Bob was incredibly proud of the family that he and Dianne raised. He got great joy out of spending time with his children and grandchildren. He enjoyed his many pets, domestic and otherwise. He loved taking rides with Dianne in search of wildlife and feeding the birds. Bob enjoyed woodworking and had developed a small business of selling kindling wood at his home. Bob and his son, Shawn completed the restoration of a 1978 Chevy step side pick up together this past year.

Mr. Bob Amadon was born in Townsend, January 26, 1940, a son of Harold Q. and Marian (Shepherd) Amadon and was a lifelong Townsend resident. For 19 years, Bob worked for the Commonwealth of Massachusetts Highway Department, retiring in 1998... View Obituary & Service Information

The family of Robert L Amadon created this Life Tributes page to make it easy to share your memories.

Send flowers to the Amadon family.