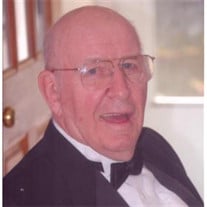 Mr. Whitney was born in Fitchburg, July 16, 1936, a son of Earl S. and Alice (McNabb) Whitney and was a lifelong resident of the city. He was a 1954 graduate of St. Bernard’s Central Catholic High School and continued his education at Clark University in Worcester and Boston University, Boston. During the middle 1950's, he served his country in the United States Air Force and had been stationed in Greenland. He was a member of , the Marconi Club, AMVETS and the American Legion Post # 429 all in in Fitchburg. He served on the Citizens On Patrol in Fitchburg. Bob enjoyed playing golf and was a member of Oak Hill Country Club. He was a longtime and active member of St. Bernard’s Church. Bob very much enjoyed the time he spent with his family. Cooking for and spending holidays with his grandchildren were among his most special memories. For many years Bob worked as consultant and Efficiency Manager for several corporations. During the 1960’s he worked as a manager at Celluplastics Corporation in Fitchburg. He leaves his wife of 59 years, Former City of Fitchburg Mayor Mary H. (Nally) Whitney; three daughters and sons in law, Kathleen A. and John Keating, Brenda M. and David Mullaney all of Leominster, Tricia E. and Michael Fuller of Raleigh, NC; a brother and sister in law, Allan E. and Carolyn Whitney of Leominster; a sister and brother in law, Janice and Leo Fortin of Salem, SC;ten grandchildren, Kevin Keating, Emily Morin, Ali Keating, Ryan Mullaney, Kaela Mullaney, Joey Mullaney, Sean Mullaney, Michael Fuller, Noel Fuller and Matthew Fuller; two great grandchildren, Addison Keating and Jack Morin; a brother in law, Christopher Nally of Rochester, NY; two sisters in law, Ita Mailloux and Theresa Nally both of Fitchburg. In 1978 he was predeceased by his son, David M. Whitney of Fitchburg. He was the brother in law of the late Fr. John Nally M.S., Fr. Brendan Nally and Francis Nally.

Mr. Whitney was born in Fitchburg, July 16, 1936, a son of Earl S. and Alice (McNabb) Whitney and was a lifelong resident of the city. He was a 1954 graduate of St. Bernard&#8217;s Central Catholic High School and continued his education at... View Obituary & Service Information

The family of Robert E. Whitney created this Life Tributes page to make it easy to share your memories.

Send flowers to the Whitney family.