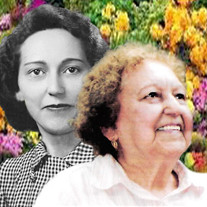 SHIRLEY; Rita (Chiasson) Doiron Burns, 99, of Shirley, died Wednesday, March 6, 2019 at Life Care Center of Nashoba Valley, Littleton. She was the wife of Gerald J. Doiron who died in 1967 and John Burns who died in 1987. Mrs. Burns was born in Caraquet, New Brunswick, Canada August 6, 1919 the youngest of seven children born to Joseph Chiasson and Clarice (Friolet) Chiasson and resided much of her life in Shirley with the exception of twenty years in the 1970’s -80’s when she resided in Hooksett, NH. For over 25 years Mrs. Burns worked as a stitcher at George Frost Company in Shirley, retiring in the early 1970’s. She enjoyed working in her garden and fishing. Her happiest times were holidays and visits with friends and family. She leaves her son and daughter in law, Gerald G. and Ellen McKenna Doiron with whom she resided in Shirley. She was the sister of the late Camille Chiasson, Albert Chiasson, Cecil Godin, Maria L'Esperance, Aurore Doiron and Ida Chiasson, all of New Brunswick. She leaves many nieces and nephews, especially Annette Kingston of Abbotsford, British Columbia. A funeral Mass will be celebrated 11 AM Thursday, March 14th at St. Anthony’s Church, 14 Phoenix Street, Shirley. There are no calling hours. The Anderson Funeral Home, 25 Fitchburg Rd, Ayer is assisting the family with arrangements. Please see www.andersonfuneral.com for additional information or to leave an on line condolence.

The family of Rita Doiron Burns created this Life Tributes page to make it easy to share your memories.

Send flowers to the Burns family.