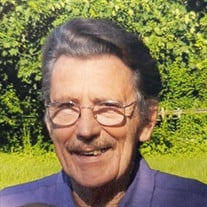 LUNENBURG: Richard K. Specht, 74, of Lunenburg, formerly of Sudbury, Littleton & Townsend died Monday, January 17, 2022 at his residence. Mr. Specht was born in Somerville, October 27, 1947 a son of Robert S. and Barbara E. (Fisher) Specht and grew up in Somerville, Littleton and Bedford. After graduating from Bedford High School in 1965, he enlisted in the United States Air Force and served until 1972. He has resided in Lunenburg for fifteen years. Following his honorable discharge from the armed forces, Rick worked at a Sudbury Auto Body repair business where he developed a love for cars that stayed with him for his whole life. For over forty years Rick owned and operated Rick Specht General Contractors until his retirement last year. His greatest pastime was spending time with his family. His love for his family and church were most important to him. He leaves his wife of 44 years, Barbara R. (Lofgren) Specht; three sons, Richard “Scott” Jokisaari of Lunenburg, Shawn Specht of Arizona, Shane Specht and his wife, Jana, of Billerica; his daughters, Lisa Jokisaari of Townsend, Sarah E. Specht of Lunenburg; his brother and sister in law, Robert S. and Linda Specht of Townsend; his former daughter in law, Valerie Specht of Arizona; eight grandchildren, Jordan Specht, Austin Specht, Trey Specht, Abigail Bloom, Alannah Bloom, Kayla Specht, Hunter Specht and Sophia Specht. Funeral services will be held 1 PM Saturday, January 22, 2022 at the Anderson Funeral Home, 250 Main Street (Rte. 119) Townsend Center. . Mr. Specht’s family will receive family and friends at a visitation period Saturday from noon until the time of the service. For additional information, please visit their website at www.andersonfuneral.com. Burial will be in North Cemetery, Lunenburg on Friday, May 27, 2022 at 10AM. Memorial contributions may be made to the Epilepsy Foundation of New England, 650 Suffolk Street # 405, Lowell, MA 01854.

Send flowers in honor of Richard.