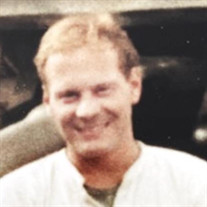 FITCHBURG-Michael McManus, 60, of Fitchburg, passed away Monday, August 10, 2020 in the Health Alliance Leominster hospital after an illness. Michael was born in Rushville IN on February 21, 1960, a son of the late Richard McManus. He graduated from Rushville Consolidated High School in 1978 and had resided in Fitchburg since 2004. He was a U.S. Army veteran having served from 1982 to 1986. Mike was no stranger to hard work: on his family farm as a child and young man, hauling ass and taking names on the football field, serving shoulder to shoulder with some of the finest men in the US Army, and on construction sites across central MA. He was hard-headed, hard-partying, and hard-working, but had a soft side as witnessed in his beautiful finish carpentry, woodworking treasures, and love for his wife. He had special fond memories of his many beach vacations at the family’s former home on Plum Island and in Florida. And if he chose to spend time with you, you can be assured he liked the cut of your jib. He leaves his wife of 33 years, Mary H. (Wilkins) McManus of Fitchburg; his mother, Janet (Vredenburg) McManus of Indiana; a brother, Thomas McManus of IN; two sisters Lisa Markley (William) of IN and Mindy May (Sean) of VA; his mother-in-law Pauline Wilkins of Fitchburg; brothers-in-law, Patrick Wilkins (Donna) of Ashby; John “Will K” Wilkins of Hartford, CT; Brendan Wilkins (Payton) of Leominster; Neil Wilkins (Christine) of Clinton; sisters-in-law Elizabeth Zwicker (James) of Fitchburg; Martha Wilkins (Russell) of Leicester; Rosamond Gleason (James) of Philadelphia, PA; and many aunts, uncles, cousins, nieces, nephews, grand-nieces and grand-nephews. He is predeceased by his father-in-law Edward Wilkins; a brother-in-law, Timothy Wilkins (Sherry; and sister-in-law Susan McManus. A graveside service will be held at a later date in the Massachusetts Veterans Memorial Cemetery in Winchendon. His family will receive family and friends on Saturday afternoon August 15, from 2 to 4 PM in the Isabell & Anderson Funeral Home, 316 Clarendon St., Fitchburg. In Lieu of flowers memorial contributions may be made to the NAACP Legal Defense and Educational Fund, Inc., c/o LDF Development 40 Rector Street, 5th Floor, New York, NY 10006 For further information or to leave an online condolence please visit www.andersonfuneral.com

FITCHBURG-Michael McManus, 60, of Fitchburg, passed away Monday, August 10, 2020 in the Health Alliance Leominster hospital after an illness. Michael was born in Rushville IN on February 21, 1960, a son of the late Richard McManus. He graduated... View Obituary & Service Information

The family of Richard Michael McManus created this Life Tributes page to make it easy to share your memories.

Send flowers to the McManus family.