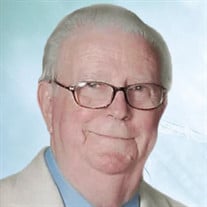 FITCHBURG: Richard F. Condon, II, 87, a lifelong Fitchburg resident, died Tuesday, February 25, 2020 at Manor on the Hill, Leominster. Mr. Condon was born in Fitchburg, July 20, 1932, a son William and Grace (Mackie) Condon and was a 1950 graduate of Fitchburg High School. He continued his education at Fitchburg State College graduating in 1955 and in 1959 received his Masters Degree from the same institution. Mr. Condon’s career in education began in 1955 at White Plains, NY as a 4th grade teacher, then to Ashby Elementary, Fitchburg State College Jr. High School then as the Principal/Dean of the McKay School in Fitchburg before assuming the role of Registrar of Fitchburg State College, a position he held until his retirement in 1991. Throughout his career he held many positions and was awarded many accolades in education including being awarded Professor Emeritus Status at Fitchburg State College in 1993 as well as being named to the Fitchburg State College Athletic Hall of Fame in 2008. He was a member of the Rice Meadow Fly Fishing Club of Westminster and was a communicant of Our Lady of the Lake Church in Leominster. Mr. Condon is survived by a son, Richard F. Condon, Jr. and his companion, Cynthia Ras of Webster, NY; two daughters, Julie Membrino and her husband, Paul, Gail Frigoletto and her husband, Donald, all of Westminster; four brothers, John Condon of Florida, Henry Condon and Roscoe Condon both of Fitchburg, David Condon of Leominster; a sister, Jo-Ann Ruel of Leominster and his longtime special friend Carleen DeBlois. He also leaves 9 grandchildren, Jillian Bolanz and her husband, Michael, Kelly Leger, Sally Leger, Jami Frigoletto, Paul Membrino and his wife, Ali, Thomas Membrino and his wife Danielle, Nicole Condon, Allison Condon and Emily Condon and six great grandchildren. His wife of 50 years, Sally (Jackson) Condon passed away in June 2007. He was lovingly raised by his late uncle and aunt, Richard and Florence Condon. He was the brother of the late William Condon, Margaret Fasano and Norma Shayer. A Funeral Mass will be celebrated 10 AM Wednesday, March 4th at Our Lady of the Lake Church, 1400 Main Street, Leominster. Burial will be St. Bernard’s Cemetery, Fitchburg. Mr. Condon’s family will receive family and friends at calling hours from 4-7 PM Tuesday, March 3rd at the Isabelle & Anderson Funeral Home, 316 Clarendon Street, Fitchburg. For additional information or to leave an on line condolence please visit their website at www.andersonfuneral.com. Memorial contributions may be made to St. Jude’s Children’s Hospital, 262 Danny Thomas Place, Memphis, TN 38105.

The family of Richard F. Condon II created this Life Tributes page to make it easy to share your memories.

Send flowers to the Condon family.