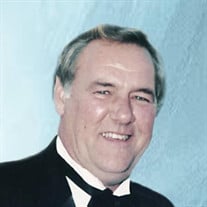 LEOMINSTER; Raymond W. Bourque, 76, of Leominster, died Saturday, June 6, 2020 at the Keystone Center, Leominster, with his loving family by his side after a courageous 6 year battle with cancer. Ray was born in Fitchburg on November 30, 1943, a son of Raymond E. and Doris (Booth) Bourque and has resided in Leominster for 52 years. He attended Immaculate Conception Grammar School and St. Bernard’s Central Catholic High School in Fitchburg before graduating in 1961 from Spaulding Memorial High School in Townsend, where he met the love of his life. For nearly forty years Ray worked as a union bricklayer, before retiring in 1999. He served many years as President and Business Agent of Bricklayers, Masons Plasterers Union Local #19, Fitchburg. In his younger years, he followed his father’s passion for midget car racing and built his own midget racecar, the #2. He enjoyed vacationing in Florida during the winter months. He was a longtime member and outstanding golfer of Monoosnock Country Club in Leominster, where he held many titles and won the President’s Cup in 1975. He was a member of the Leominster Fraternal Order of Eagles and the Leominster Sportmen’s Association. He enjoyed driving his 1939 Chevrolet Coupe and was a member of the North County Street Rods. He also enjoyed woodworking in his workshop making birdhouses and his famous miniature Adirondack chairs. Most of all he loved spending time with his grandsons, doing activities such as bowling, fishing, shooting, hunting, golfing and attending their sporting events. He leaves his wife of 56 years, Prudence A. (Matthews) Bourque; his son, Brian W. Bourque of Leominster; his daughter, Karen D. Andrzejewski and her husband Michael of Leominster, his two grandsons, Evan Michael Andrzejewski and Alex Raymond Andrzejewski,whom he loved dearly. His sister, Patricia Zukowski and her fiancé, Rocco Cardaci of Rutland; his sister in law and her husband, Cindy and Bob Jeannotte of Shirley. He also leaves several nieces and nephews and many cousins. A funeral Mass will be celebrated Friday, June 12, 2020 at 10:00 a.m. at Holy Family of Nazareth Church, 750 Union Street, and Leominster. Burial will follow at Hillside Cemetery, Highland Street, and Townsend. At Rays request, memorial contributions can be sent to St. Jude’s Children’s Hospital, 501 St. Jude Place, Memphis, TN 38105. The Anderson Funeral Home, 250 Main Street, Townsend Center, is assisting the family with arrangements.

LEOMINSTER; Raymond W. Bourque, 76, of Leominster, died Saturday, June 6, 2020 at the Keystone Center, Leominster, with his loving family by his side after a courageous 6 year battle with cancer. Ray was born in Fitchburg on November 30,... View Obituary & Service Information

The family of Raymond W. Bourque created this Life Tributes page to make it easy to share your memories.

Send flowers to the Bourque family.