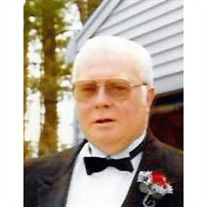 Raymond A. Laine was born in Fitchburg, October 12, 1933, the son of Armas and Helmi (Johnson) Laine and resided in Townsend for nearly sixty years. He was a graduate of Fitchburg High School in 1951 and served for four years in the United States Air Force where he worked as an air traffic controller stationed in Japan during the Korean War. Upon returning from the service, Raymond went to work at Simonds Saw & Steel where he met his future wife, Sally. They married in 1956 and recently celebrated their 60th wedding anniversary. While working full time, Raymond attended college at night, graduating magna cum laude from Worcester Junior College earning an associate’s degree in mechanical engineering. Raymond spent most of his career as a mechanical engineer and worked for several companies including: Barkley & Dexter, Cheney Engineering, Lakso Company, AT & T and Polaroid Corporation. Following his retirement in 1993, he worked as a courier in the North Middlesex Regional School District. He leaves his wife of 60 years, Sally A. (Boucher) Laine; a son, Robert Laine of Lunenburg; two daughters, Jo-Ann Coates and her husband, R. Jeffrey of Escondido, CA, Nancy Landry and her husband, James, of Leominster; four grandchildren, Amanda Landry, Christopher Coates, Hayley Landry, Jennie Coates, brother-in-law, Richard Boucher, and nephews, Troy, Steven, and William Boucher. Raymond was a Life Member of the Townsend VFW and had served as an Auxiliary Police Officer for the Townsend Police Department. He spent many summers with family at York Beach, Maine and down at “the camp” on Lake Shirley. He loved to do crossword puzzles and scratch lottery tickets. Raymond participated in the Men’s City League baseball and softball teams in Fitchburg and followed the Boston professional sports teams. He was a devoted, husband, father, and grandfather and will be missed by his family.

Raymond A. Laine was born in Fitchburg, October 12, 1933, the son of Armas and Helmi (Johnson) Laine and resided in Townsend for nearly sixty years. He was a graduate of Fitchburg High School in 1951 and served for four years in the United... View Obituary & Service Information

The family of Raymond A. Laine created this Life Tributes page to make it easy to share your memories.

Send flowers to the Laine family.