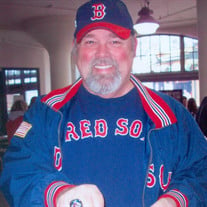 SHIRLEY: Philip F. “Skip” Barrows, Jr., 68, of Chesapeake, VA formerly of Shirley, died unexpectedly, Saturday June 22, 2019 while he and his grandson, Hayden, were vacationing with relatives in Shirley. Mr. Barrows served his country for 20 years in the United States Navy retiring in 1989 as a Chief Petty Officer 1st Class Air Traffic Controller. He was a member of the the American Legion. Following his retirement from the armed services, he worked in many the Quality Control positions finally retiring in 2013 from Bemis Associates in Shirley. Mr. Barrows was born in Fayetteville, NC, February 7, 1951, a son of the late Philip F. And Velma Marie (Van Sice) Barrows and resided much of his life in Shirley. Being an “Army brat” he was blessed at a young age to travel the world including living in France and Germany. The love of his life was his family. He enjoyed traveling specifically to visit family members from all over and loved dearly to plan family vacations. He very much wanted to take his family to both Disney World and back to Italy where he lived for many years. The second love of his life, which he shares with his family is the Boston Red Sox. He is a long-time member of the Red Sox Nation, has a permanent brick with his name at Fenway Park and never missed a game. He leaves two daughters, Michele L. Barrows and her significant other, Joshua Poland, of Chesapeake, VA, Christine M. Barrows and her wife, Mary Barrows, of Portsmouth, VA; two sisters, Kathleen Schaeffer and Stephanie Barrows both of Shirley; two aunts, Filomena Barrows of Endicott, NY, Mary Becker and her husband, Carl, of Interlaken, NY; two sisters in law, Sarah Barrows of NY, Sandy Barrows of Feeding Hills, two grandsons, Hayden Philip Burkhart, Maximino Echevaria III; five step grandchildren, Kaelyn, Phinneaus, Atticus, Linus and Lucy; several nieces, nephews and cousins. He was predeceased by his brothers, Michael Barrows of Sackets Harbor, NY and Gregory Barrows of Feeding Hills. A funeral service will be held 11 AM Saturday, June 29, 2019 at Anderson Funeral Home, 25 Fitchburg Rd, (Rte 2A) Ayer. Mr. Barrows’ family will receive family and friends on Saturday from 10 AM until the time of the service. Those attending are encouraged to wear their Red Sox apparel or their Crocs. An additional Memorial Service will be held in Virginia at a day and time to be announced.

The family of Philip F. Barrows Jr. created this Life Tributes page to make it easy to share your memories.

Send flowers to the Barrows family.