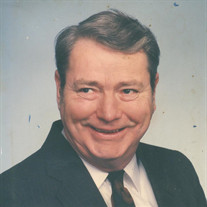 Pepperell: Paul R. Scholefield, 87, of Pepperell, died Saturday, February 1, 2020 at his home. Mr. Scholefield was born in Dorchester, August 29, 1932, a son of Joseph B. and Helen (Freitas) Scholefield and resided in Lowell and Tewksbury before moving to Pepperell in 1968. He served in the Navy Reserves for 12 years. He was a 1952 graduate of Lowell Technical High School and in 1957 received his Masters Electrician License. For nearly forty years, Mr. Scholefield worked as an electrician at Raytheon Corporation, retiring in 1995. Following his retirement from Raytheon, he worked for five years as a self-employed electrician. He attended St. Joseph Church in Pepperell and was a 4th Degree in the Knights of Columbus. Both He and his wife Peggy Scholefield were foster parents for over 50 years and featured on Channel 5 Chronicle. Since 1968, Bob & Peggy devoted their lives to providing a home for veterans through the Bedford VA Hospital CRC program. He loved woodworking, watching New England sport games and enjoyed a good game of cribbage with cousins Joan & Felix Rivera. When he wasn’t tending to his gardens, he was attending every yard sale within a 30 mile radius. He enjoyed watching Star Trek and Old Western movies. He often spent time with his grandchildren at the old Pepperell Spa and other local establishments discussing life and giving guidance. He was the king of the “Dad jokes”-left you shaking your head but a smile upon your face. Bob couldn’t be happier when deep sea fishing with his boys. He could often be found in the kitchen making his famous soups or sitting at the kitchen table reading his history books. Many conversations were had around his table regarding “the old country”-and “ back in a day” even if that day was yesterday. He leaves his wife of 65 years, Adeline “Peggy” (Taylor) Scholefield; daughter Debra McDowell and late husband David of Nashua NH; son. Robert Scholefield & wife Robin of Madbury, NH; son, Scott Scholefield of Pepperell; son Colin P. Scholefield & wife Laura of Hollis NH, daughter Colleen Beliveau & husband Ken of Pepperell Ma, daughter Maria Scholefield of Pepperell, daughter Colleen Elizabeth of Pepperell, daughter Rebecca Scholefield of Jacksonville, FL; son GySgt. Terrell Stone of Yuma AZ; daughter Heidi Rivera of Leominster, son Mark DuPont and wife Mariann of Tallahassee, FL; son, Luis Rodriquez; son, Daniel Thompson, daughter Alicia Jaynes, and son David Rose. As foster parents their extended family includes countless children whom entered their lives & home through the Dept of Social Services. Bob also leaves 18 grandchildren and 11 Great Grandchildren. Bob touched many, many lives, is loved & will be dearly missed. Mr. Scholefield’s family will receive family and friends from 2-5 PM Saturday, February 8, 2020 at the Anderson Funeral Home, 250 Main Street, (Rte 119) Townsend Center. A prayer service will be offered at 2PM. Please see www.andersonfuneral.com for additional information or to leave an on line condolence.

Pepperell: Paul R. Scholefield, 87, of Pepperell, died Saturday, February 1, 2020 at his home. Mr. Scholefield was born in Dorchester, August 29, 1932, a son of Joseph B. and Helen (Freitas) Scholefield and resided in Lowell and Tewksbury... View Obituary & Service Information

The family of Paul R. Scholefield created this Life Tributes page to make it easy to share your memories.

Send flowers to the Scholefield family.