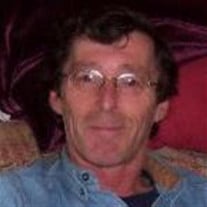 BILLERICA: Paul K. Couture, Jr., “Butch” as he was affectionately known, 68, of Townsend, formerly of Billerica, died Saturday, June 22, 2019 at his home surrounded by his children. Butch was born in Brookline, MA on December 18, 1950, the son of the late Paul K. and Olive (Balfour) Couture and spent much of his life in Billerica. He was a 1969 graduate of Billerica High School where he played football. From 1970 -1975 Butch served his country in the United States Marine Corps where he attained the rank of Sergeant. Thereafter he worked in a joint owned appliance store in Dracut before working as a Line Service Technician at Jet Aviation in Bedford. In his spare time, Butch enjoyed spending time with his many friends and family local to his home in Townsend. He leaves his son, Paul K. Couture III and Kristina of Hurlburt Field, FL; two daughters, Faith A. Kreisz and Charles of Haines City, FL, Samantha L. Brooks and Stuart of Pepperell; four sisters, Beverly Dubay of Saco, ME, Roberta Garon and Carol Rondeau both of Dracut, Tina Couture of Pepperell; six grandchildren, Kristen Bardroff, Wesley Kreisz, Sophia Couture, Amber Couture, Lukas Couture, Willow Brooks and a great granddaughter, Kayda Bardroff. A memorial service will be held at 11am on Saturday, June 29, 2019 at St. Anne’s Episcopal Church, 14 Treble Cove Road, Billerica. The family invites attendees to join them for a luncheon beginning at 12:30pm in Butch’s honor at the Billerica VFW, 12 Phiney Street, North Billerica. There are no calling hours. The Anderson Funeral Home, 250 Main Street, Townsend is assisting the family with arrangements. For additional information or to leave an on line condolence, please visit their website at www.andersonfuneral.com.

BILLERICA: Paul K. Couture, Jr., &#8220;Butch&#8221; as he was affectionately known, 68, of Townsend, formerly of Billerica, died Saturday, June 22, 2019 at his home surrounded by his children. Butch was born in Brookline, MA on December 18,... View Obituary & Service Information

The family of Paul K. Couture Jr. created this Life Tributes page to make it easy to share your memories.

BILLERICA: Paul K. Couture, Jr., “Butch” as he was affectionately...

Send flowers to the Couture family.