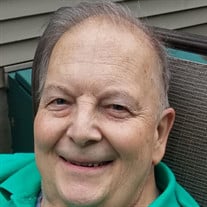 TOWNSEND: Paul F. Boutin, 69, of Townsend, died Tuesday morning, October 6, 2020 at his home after a lengthy illness. Paul was born in Boston, July 22, 1951, a son of the late Gerard E. and Irene (Young) Boutin and grew up in Woburn and Peabody. He was a 1970 graduate of Bishop Fenwick High School in Peabody and has resided in Townsend for nearly forty years. For over four decades Paul worked as a production engineer for several companies before retiring from Microsemi in Lowell in 2014. Paul was devoted to his Catholic faith and had been a member of St. Anthony’s Church in Shirley and St. John’s Church in Townsend. He was a member and a 4th Degree Knight at the Knights of Columbus at St. John’s Church. He had been active in the RCIA and Youth programs at St. John’s Church as well as a Eucharistic Minister at St. John’s and St. Anthony’s Churches. He enjoyed working the Fried Dough Booth at St. Anthony’s Church Bazaar in Shirley and St. Mary’s Lawn Party in Ayer. Paul was a member of the National Hot Rod Association and a Drag Racing enthusiast. Paul leaves his wife of 40 years, Margaret A. “Peggy” (Andrews) Boutin; his son, Matthew P. Boutin of Newmarket, NH; his daughter and son in law, Patricia A. and Christopher V. Jones of Fitchburg; two brothers, Stanley Boutin of Nashua, NH, Bryan Boutin of Manchester, NH; his sister, Michelle Boutin of Tewksbury and two grandchildren, Michael Jones and Alexa Jones. Paul’s family will receive family and friends at calling hours from 4-7 PM Thursday, October 8, 2020 at the Anderson Funeral Home, 250 Main Street., (Rte 119) Townsend Center. For additional information or to leave an online condolence, please visit their website at www.andersonfuneral.com. Due to Covid-19 restrictions, Paul’s funeral Mass and burial will be held privately. Memorial contributions may be made to St. Anthony’s Church, PO Box 595, Shirley, MA 01464 or to the Alzheimer’s Disease Assn., 225 N. Michigan Ave, 17th Fl., Chicago, IL 606001.

TOWNSEND: Paul F. Boutin, 69, of Townsend, died Tuesday morning, October 6, 2020 at his home after a lengthy illness. Paul was born in Boston, July 22, 1951, a son of the late Gerard E. and Irene (Young) Boutin and grew up in Woburn and Peabody.... View Obituary & Service Information

The family of Paul F. Boutin created this Life Tributes page to make it easy to share your memories.

Send flowers to the Boutin family.