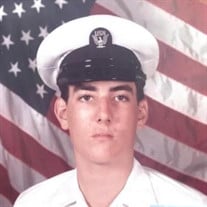 AYER: Patrick John Ryan, 59, of Ayer Massachusetts passed away peacefully at his home on Thursday September 10, 2020. Born in Northampton Massachusetts to the late Peter Francis Ryan, and Barbara Anne (Bostic) Ryan. Patrick grew up in Easthampton Massachusetts where he attended Easthampton High School. After his graduation he enlisted in the United States Navy. Patrick trained as a Hospital Corp Technician and Field Medical Service Technician in Camp Lejeune, North Carolina. He then served as a Navy Corpsman where he volunteered to serve with the United States Marines Corps. “Doc” Ryan completed numerous tours of duty around the world and overseas with his beloved Navy Seaman and Marine Corp personnel. During his service to our country, Patrick was awarded the Humanitarian Service Ribbon, the Sea Service Deployment Ribbon, and the Good Conduct Medal. Honorably Discharged in 1984, a true “Hero” who rendered first aid to all and drove to be alongside his fellow Navy and Marine brothers to ensure they were kept healthy and safe. Patrick spent the remainder of his life after the Navy raising and enjoying time with his children and family. Even through his heroic and sudden fight with Leukemia shortened his life, he never uttered a negative word, and always fought for the best of those around him. A true Navy Corpsman, to the end. Patrick loved life and always said his “greatest and proudest accomplishments” and the “loves of his life” were his four children, whom he was remarkably proud of and adored. Patrick nurtured and cared for his children and lived for them. His love of Hockey, watching his four children play, watching the sunset at the Harvard Fruitland’s Museum, fishing and kayaking, camping, hunting, skiing, riding his motorcycle with his children, taking them to the Harvard Sportsman’s Club to learn marksmanship skills, and teaching them all of the pleasures of the outdoors, along with teaching patience, generosity, and unconditional love were his greatest pleasure and gift to them. Patrick is survived by his four children, Sean, Liam, Cailey, and Patrick Ryan. Sisters, Brenda Ryan Newton, Jennifer Ryan. Nieces and nephews, Aaron, Marissa, Seth, KC, and numerous cousins, loving relatives, and friends who were all by his side as he fought for his life. Patrick is predeceased by his loving grandparents Pierre Ryan, and Katherine Ryan, John and Anna Bostic, and his beloved Great Uncle, Tom Ryan. “Fairwinds and Following Seas” - “Doc” Ryan “Loose Lips Sinks Ships” - Dad “Corpsman Up” Memorial Service at sea will be held privately at a later date. Patrick’s arrangements are under the direction of Anderson Family Funeral Home, 25 Fitchburg Road, Ayer MA. To leave an online condolence, please visit www.Andersonfuneral.com.

The family of Patrick John Ryan created this Life Tributes page to make it easy to share your memories.

Send flowers to the Ryan family.