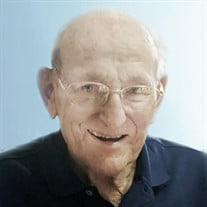 FITCHBURG: Norman L. Pelletier, 94, of Fitchburg, formerly of Westminster as well as a long time winter resident of Palm City, Florida passed away peacefully in the company of his family on September 1, 2020. It was the 73rd anniversary of his marriage to his wife Theresa M. (LeBlanc) Pelletier who died in 2002. He was born in Fitchburg, November 4, 1925, the son of the late Victor P. Pelletier and Anna E. (Thibodeau) Pelletier. He entered the United States Navy proudly serving his country during World War II. Norman’s career was in commercial construction. He was the president of V. Pelletier & Sons for 25 years and was in business with his two brothers Louis and Robert. He was also a director of IC Credit Union, a longtime golf member at Oak Hill Country Club and a lifetime member of the American Legion Post 429. He leaves behind his son, Vic Pelletier and his wife Mary Jane of Westminster; a daughter Cindy Pratt and her husband William of Larchmont, NY; two grandsons, Christopher Pelletier and his wife Esther of Boulder, CO and Brian Pelletier and his wife Cally of Cumberland, ME; three granddaughters, Courtney Leslie and her husband Robert of Bolton, MA, Kelly Leathers and her husband Cody of Katy TX, and Erin Healy of Princeton, NJ; and three great grandchildren, Sadie and Caleb Pelletier as well as Jack Leslie. Norman is also survived by five siblings, Robert Pelletier, Lucille Pelletier, Pauline Atkinson, Janet Isabelle and Connie MacGregor. In addition to his wife, he is pre-deceased by his daughter Judy Pelletier in 1975. He was the brother of the late Louis Pelletier, Doris Zeliski, Yvette Poitras and Theresa Isabelle. The family would like to extend its heartfelt gratitude to the staff at The Gables of Fitchburg where he has received loving care since 2012. Due to the current Covid restrictions funeral services and interment will be held privately. In lieu of flowers, please make donations to Health Alliance Hospice 60 Hospital Rd, Leominster, MA 01453 or the American Cancer Society 3 Speen Street, Framingham, MA 01701. The Isabelle & Anderson Funeral Home, 316 Clarendon Street, Fitchburg is assisting the family with arrangements. For additional information or to leave an online condolence, please visit their website at www.andersonfuneral.com.

FITCHBURG: Norman L. Pelletier, 94, of Fitchburg, formerly of Westminster as well as a long time winter resident of Palm City, Florida passed away peacefully in the company of his family on September 1, 2020. It was the 73rd anniversary of... View Obituary & Service Information

The family of Norman L. Pelletier created this Life Tributes page to make it easy to share your memories.

Send flowers to the Pelletier family.