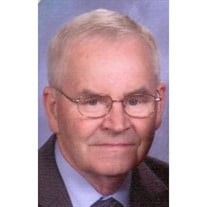 He was born on November 23, 1939 in Tombeagh, Hacketstown, County Carlow, Ireland to the late Richard and Elizabeth (Murphy) Hackett. Mike is survived by his devoted wife, Elaine (Donovan) Hackett; four brothers and sisters in law, George and Kate Hackett, Richard and Jenny Hackett, William and Ursula Hackett, Brendan and Imelda Hackett; four sisters, Alice Connelly, Dorothy Whelan and her husband, William, Breeda Byrne and her husband, Anthony and Anne Moore; brother-in-laws James Donovan and his wife, Beverly, Joseph Donovan and his wife, Barbara, John Donovan and his wife Randie, Richard Donovan and his wife, Kathleen and a sister-in-law Christine Donnelly and her husband,Thomas. Mike was the proud uncle of 29 nieces and nephews and 60 grandnieces & grandnephews. Besides his parents, Mike was predeceased by his sister Florence Hackett and his father in law and mother-in-law James and Ann Donovan of west Roxbury. Mike immigrated to the United States in 1972. He worked for many years in manufacturing in inventory control and shipping & receiving. Mike was a very active member of Our Lady of the Lake Church. He served as a Eucharistic Minister, a member of the RCIA team as well as the the Leadership Team for the Bazaar. Mike’s greatest joy in his retirement was maintaining the grounds at Our Lady of the Lake. As his disease progressed he was very much at peace caring for the lawn, perhaps thinking he was back home on the farm in Tombeagh. He continued to do this until August of 2017. He was also a Eucharistic Minister at Leominster Hospital for many years. Mike’s family would like to thank the Staff at Leominster Crossing especially the nurses & aides who lovingly cared for him in the memory care unit. They would also like to thank Beacon Hospice for assuring a quality of life in Mike’s final days and also the aides from the French Connection.

He was born on November 23, 1939 in Tombeagh, Hacketstown, County Carlow, Ireland to the late Richard and Elizabeth (Murphy) Hackett. Mike is survived by his devoted wife, Elaine (Donovan) Hackett; four brothers and sisters in law, George and... View Obituary & Service Information

The family of Michael E. Hackett created this Life Tributes page to make it easy to share your memories.

Send flowers to the Hackett family.