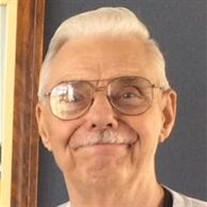 Ashby: Martin J. Springer, 76, of Ashby, died unexpectedly Friday, September 7, 2018 at Health Alliance – Leominster Hospital after being stricken ill at home earlier that day. Mr. Springer was born in Wausau, Wisconsin, September 14, 1941 a son of Joseph M. and Valerie (Pempek) Springer and has resided in Ashby for 34 years. He leaves his wife of 51 years, Linda J. (White) Springer; a daughter, Sandra A. Springer and her husband, Craig G. Gunderson of Guilford, CT; three grandchildren, Samuel Gunderson, Henry Gunderson, and Anna Gunderson; and Linda’s son Michael Massa and his wife, Joanne and their son Nicholas of Pensylvania . He was the brother of the late Leonard Springer, Margie Knapzyk, Lillian Dollinger and Marcella Yates and uncle of the late Steven Springer of Wausau, Wisconsin. Surviving relatives include his sister-in-law Ruth Springer and niece Roxanne Weckler in Wisconsin. He had been employed as a manager of Nedrow Airpark in Syracuse, NY for many years starting at the age of 19. During this time he was also a flight instructor and taught many Reserve Officers' Training Corps (ROTC) students for the Army, Navy and Air Force Divisions of the United States Armed Forces, as well as many other commercial airline and general pilots. He was later employed for over 40 years as Chief of Aircraft Maintenance of the Executive Aircraft Operation Divisions at both Crouse-Hinds Company in Syracuse, NY and Raytheon Company in Bedford, MA. He retired from Raytheon in 2004. An avid pilot since the age of 16 when he built his first of three airplanes, Mr. Springer was recognized as a Gold Seal Pilot. His most beloved of the three airplanes that he built was a World War II Stearman that won numerous awards. Marty himself won several awards for his success as a pilot including the Wright Brothers “Master Pilot” Award in appreciation for his 50 consecutive years of dedicated service, technical expertise, professionalism and many outstanding contributions that furthered the caused of aviation safety in 2009 administered to him by the Department of Transportation Federal Aviation Administration (FAA). He was a member of the Aircraft Owners and Pilots Association (AOPA) and the Experimental Aircraft Association (EAA) and was an active local member of the Orange, MA Aeroclub for over 20 years. He was a communicant of St. John’s Church, Townsend. A funeral Mass will be celebrated at 11 Am Saturday, September 15th at St. John’s Church, 1 School Street, Townsend. Burial will be private and there are no calling hours. The Anderson Funeral Home, 250 Main Street, Townsend is assisting the family with arrangements. Please see www.andersonfuneral.com for additional information or to leave an e-condolence. In lieu of flowers his family requests contributions to a charity of choice in his memory

The family of Martin J. Springer created this Life Tributes page to make it easy to share your memories.

Send flowers to the Springer family.