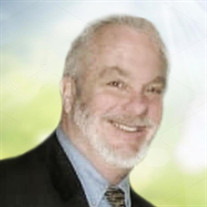 SHIRLEY: Mark Boland Evans, age 72, of Shirley died Saturday, January 30, 2021, after a courageous battle against progressive supranuclear palsy (PSP). Mark was born in Clinton to the late James Evans and Mary Boland Evans. He was raised in Hudson alongside his late brother James Evans Jr. where he graduated from Hudson Catholic High School in 1966. He later graduated from Mount Wachusett Community College and Emmanuel College. Lover of electronics, Mark began his career at HH Scott in Maynard and moved on to spend 24 years at GenRad in Concord, MA. He then moved on to work at Micromass, Lam Research, and GSI Lumonics. Never one to sit still, he spent many weekends as a wedding videographer for Diamond Video in Billerica. Mark, an avid sports fan, played football during high school and following for the Marlboro Shamrocks. He also continued playing hockey, darts, basketball and softball for many years and was also a basketball referee through the IAABO. When he wasn’t playing or officiating, he could be found coaching or participating in one of his children’s activities. He was also a former member of Hudson’s and Lunenburg’s Republican Town Committee, and the Lunenburg Water Commission. He enjoyed local politics and campaigned for his friend and former Governor Paul Cellucci. Mark is survived by his beloved wife of 50 years Carol (Chipman) Evans; son Matthew Evans of Shirley, MA; and daughter Megan (Evans) Caforio, her husband Jason, granddaughters Gianna and Mia Caforio, and step-grandson Tyler Caforio of Ashburnham. Due to COVID-19, there will be a private service however, the service can be seen from the streaming link shown below. The family will share details at a later date about a celebration of life to be held in the summer. In lieu of flowers, memorial contributions may be made to CurePSP online at https://www.psp.org/ (please select “This is a Tribute gift”), or via mail to: CurePSP, 1216 Broadway, 2nd Floor, New York, NY 10001 noting “Tribute gift for Mark Evans” in the memo. The Anderson Funeral Home, 25 Fitchburg Road, is assisting the family with arrangements. Please see www.andersonfuneral.com for additional information or to leave an online condolence. A livestream of Mark's Funeral Service, will be available to view at the following link: https://my.gather.app/remember/mark-evans

The family of Mark B. Evans created this Life Tributes page to make it easy to share your memories.

Send flowers to the Evans family.