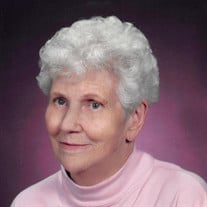 SHIRLEY: Marion G. (Ford) Wood, 96, a longtime resident of Shirley, died Monday, August 17, 2020 at her home. Her husband, James A. Wood, died in 1980. Mrs. Wood was born in Tarriffville neighborhood of Simsbury, CT, February 21, 1924, a daughter of Alfred and Sadie (Cook) Ford and resided in Shirley for over seven decades. For over sixty years, Mrs. Wood worked as a salesperson at Fletcher’s Men’s Clothing Store on Main Street in Ayer. She retired in 2007. Marion leaves her daughter and son in law, Jane M. and Michael Detillion of Shirley; a brother, David Ford of Groton; two granddaughters and their husbands, Sandra and Mark Richard, Lisa and Rick Gibbons; six great-grandchildren, Ryan Richard, Dwight Richard, Alexis Gibbons, Brittany Gibbons, Brandon Gibbons and Austin Gibbons also of Shirley. She was the sister of the late Lillian G. Crothers of Shirley who died in 2017 and Ernest H. Ford also of Shirley who died in 2019. She was a longtime active member of the Shirley Grange and subsequently the Sterling Grange. She enjoyed playing Scrabble, knitting and crocheting. Marion was an avid fan of the Boston Red Sox and was a member of the Federated Church of Ayer. She was also a member of the General Society of Mayflower Descendants. Funeral services for Marion will be held 11 AM Saturday, August 22, 2020 at the Anderson Funeral Home, 25 Fitchburg Rd. (Rte 2A) Ayer. Interment will be in in Center Cemetery, Shirley. Marion’s family will receive family and friends at the funeral home on Saturday from 10 AM until the time of the service. For additional information or to leave an on line condolence, please visit their website at www.andersonfuneral.com. Memorial contributions may be made to St. Jude’s Children’s Hospital, 501 St. Jude Place, Memphis, TN 38105.

The family of Marion G. Wood created this Life Tributes page to make it easy to share your memories.

Send flowers to the Wood family.