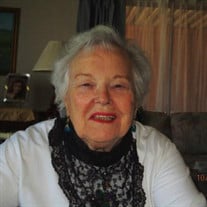 TOWNSEND: Lorraine C. (Desrosiers) Fielding, 93, of Yuma, Arizona and formerly from Worcester, Townsend, and Melendy Pond, Brookline, NH and passed away at her daughter’s home in Yuma under the loving care of Arizonias Best Hospice. Lorraine was born on March 18 1928, a daughter of Elva (Maynard) and Louis H. Desrosiers. She was predeceased by her husband John “Jack” Fielding, her brother, Louis J Desrosiers ; her sisters, Irene Olejniczak and her husband, Ray, Elva Smith, Barbara and Earl Montville and MaryLou and Sweede Erickson. She is survived by daughters, Marleen Leviton and Diane Fielding of Yuma, AZ, Lorraine Dixon and her husband, George, of Brookline, NH; her sister Claire and her husband Harry Reed of Newberry Park, CA, Ronnie Smith and his wife, Elva, of Sutton, her sister in law; Alice Fielding McGregor of Groton and Ann and John Walsh also of Groton. She leaves her grandchildren Garrett Johnson and his wife, Heidi of Belmont NH, Tammy Deleo-Roy of Kittery Maine, Seth Johnson and his wife, Amber of Denmark Maine and Marc Dixon of Brookline NH; four great grandsons, eight great granddaughters and two great great grandsons as well as many nieces nephews and cousins. Lorraine had a successful career as a beautician at Georgies Beauty Shop in Fitchburg and in her home in Townsend. She began painting as a hobby in the late 1950's and became an avid artist exhibiting in many venues in New England and Arizonia, She won many awards for her different styles and would explore any new ones. She was one of the founding members of Yumas' Mountian Shadow Art Association participating in many events especially the Art Trails and the Art on the Commons in Townsend. Lorraine made friends easily and enjoyed hosting parties for family and friends. She and Jack were snowbirds from 1984 until his death in 2006. She loved traveling. She will be greatly missed. We would like to thank Arizonias Best Hospice for their excellent care of our mother and ourselves. A Celebration of Lorraine’s Life will be held 1-4 PM April 10, 2021 at her home in the Foothills and again this summer The Camp in New Hampshire.

TOWNSEND: Lorraine C. (Desrosiers) Fielding, 93, of Yuma, Arizona and formerly from Worcester, Townsend, and Melendy Pond, Brookline, NH and passed away at her daughter&#8217;s home in Yuma under the loving care of Arizonias Best Hospice. Lorraine... View Obituary & Service Information

The family of Lorraine C. (Desrosiers) Fielding created this Life Tributes page to make it easy to share your memories.

Send flowers to the Fielding family.