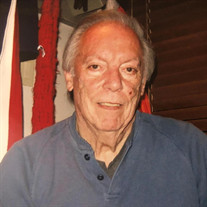 ASHBY: L. Mitchel Gomes, 86, of Ashby, formerly of Uxbridge and Honolulu, Hawaii died peacefully on the morning of Sunday, February 13, 2022, at his home. Mitchel was born in Honolulu, Hawaii on November 19, 1935, the son of Louis S. and Lillian (Marques) Gomes. From 1954 to 1958 he served his country in the United States Air Force. Following an honorable discharge, he attended the University of Hawaii. Upon graduation, he accepted a position at the Social Security Administration and later at the Office of Naval Intelligence (ONI). In 1965 he began a 30-year career at the University of Hawaii in the Management Services Office (MSO). In 1995, he chose to retire to Massachusetts after visiting his lifelong friend Carl Hansen here. He designed and built a home in Uxbridge and lived there for 11 years before building another home in Ashby in 2006. A curious individual by nature, it would be impossible to boil Mitchel’s interests down to a simple list. He was interested in everything under the sun, and the vast and varied books filling his shelves were a testament to his wide-ranging passions. Though he might have thought of himself as a lifelong student, his unending desire to learn eventually made him an authority on many subjects. He was an avid reader and cinephile (particularly international cinema), and his respect for knowledge informed everything in his life, from wine to photography to the music he’d play on his meticulously researched home entertainment equipment. On top of these pursuits, he was also a dedicated sports fan; his family notes that the only Super Bowl that Mitchel ever missed was this year’s game, which took place just hours after his passing. Though soft-spoken and often quiet, once engaged in conversation Mitchel would reveal himself to be a wellspring of intellect, insight, and experience, and he would enthusiastically share his wisdom with appreciative listeners. Mitchel was a kind, gentle and reassuring presence in the life of anyone who had the privilege to know him, and his absence will be deeply felt by those people in the days, years, and lives ahead. Mitchel leaves his wife of 59 years, Carol A. (Cobb) Gomes; his son, Andrew M. Gomes and his wife Tina, of Honolulu, Hawaii; his two daughters, Melanie L. Ruggiero and her husband Patrick, of Lunenburg, Amanda M. Nobile and her husband Phil, of Merchantville, NJ; and five grandchildren - Duke and Levi Gomes, and Lauren, Malia, and Peter Ruggiero. Funeral services will be held in Hawaii at a later date. In lieu of flowers or care packages, the family asks that you make a donation to your local food bank. The Isabelle & Anderson Funeral Home, 316 Clarendon Street, Fitchburg is assisting the family with arrangements. For additional information or to leave an online condolence please visit their website at www.andersonfuneral.com.

ASHBY: L. Mitchel Gomes, 86, of Ashby, formerly of Uxbridge and Honolulu, Hawaii died peacefully on the morning of Sunday, February 13, 2022, at his home. Mitchel was born in Honolulu, Hawaii on November 19, 1935, the son of Louis S. and Lillian... View Obituary & Service Information

The family of L. Mitchel Gomes created this Life Tributes page to make it easy to share your memories.

Send flowers to the Gomes family.