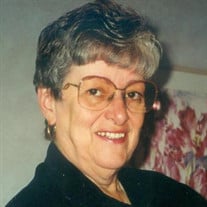 MERRIMACK, NH: Judith M. (Delisle) MacDonald Beausoleil, 77, a resident of Merrimack, NH for over 30 years, passed away peacefully Monday, July 12, 2021 at Nashua Crossing, Nashua, NH. Her husband of 32 years, Paul A. Beausoleil died February 20th of this year. Mrs. Beausoleil was born in Lowell, Massachusetts, July 16, 1943, daughter of Walter F. and Mildred R. (Bradley) Delisle and resided many years in the Lowell and Dracut area before moving to Merrimack, NH. Judy retired after working many years in the claims department of the State of NH Division of Unemployment. She was an active member of the Nashua Crossing Assisted Living Community; she was on the Welcoming Committee, the Rosary Group and served as Secretary to the Sing Along group. She enjoyed listening to oldies music and spending time with her grandchildren. She leaves her daughter, Kimberly Coumas and her husband Michael of Hudson, NH; her son, Edward MacDonald and his wife Carla of New Hampton, NH; two stepsons, Brian Beausoleil and his wife Hazel, Jay Beausoleil and his girlfriend Erika all of Dracut; a stepdaughter Michele Desmarais and her husband Richard of Pelham, NH; her brother, David DeLisle and his wife, Anne of Bedford; two sisters, Linda Racine of Fitchburg, Kathleen Chamberlain of Dracut; her former husband, Edward A. MacDonald of Dracut; 14 grandchildren: Kyle, Kaitlin, and Kristen Coumas; and Teren, Ian and Arabella MacDonald, Briana and Maya Beausoleil, Nicole and Aidan Beausoleil, Ashley, Dylan, Devin and Justin Desmarais as well as numerous nieces and nephews. She was predeceased by her brother, Walter Delisle of Manassas, Virginia in 2006 and her brother in law, Richard Chamberlain of Dracut in October 2020. Judy’s family would like to extend their heartfelt thanks to the residents and staff of Nashua Crossing for their many kindnesses, care and support during her stay there. A funeral Mass will be celebrated 10 AM Thursday, July 22nd at St. Joseph the Worker Church, 777 West Hollis Street, Nashua, NH. Memorial contributions may be made to Benchmark One Company Fund (Nashua Crossing) 201 Johns Street, Suite 300 West, Waltham, MA 02451. The Anderson Funeral Home, 250 Main Street, Townsend Center is assisting the family with arrangements. For additional information or to leave an online condolence please visit their website at www.andersonfuneral.com.

The family of Judith M. (Delisle) MacDonald Beausoleil created this Life Tributes page to make it easy to share your memories.

Send flowers to the Beausoleil family.