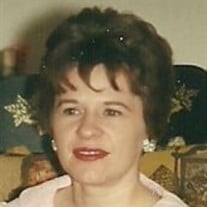 TOWNSEND : Josephine Rae (Stone) Theriault, 85 formerly of Acton, Florida and Townsend died Wednesday, March 17, 2021 at her residence in the Apple Valley Center, Ayer. She was born November 3, 1935 in Bentree, WV, the daughter of the late Tyrus H. and Grace E. (Reedy) Stone and grew up in Clay County, West Virgina. She is survived by her son and daughter in law, Christopher and Kelley Burg of New Hampshire ; three daughters, Theresa Shephard, Frances Cuskey and her husband Jay, of Massachusetts, Bernadine Cotterill and her husband Mark, of Florida; her sister, Doris Neal and her husband Mikel; her brother Tyrus Stone of West Virginia; her daughter-in-law, Rowena Burg of California, as well as many grandchildren and great-grandchildren. She was preceded in death by her husband Gerard Theriault, her son Gregory Burg and daughter Jacqueline R. Philbrick; and son-in-law Boyd Philbrick. She was the sister of the late Hugh Carrol Stone, Clarence Jack Stone, Cheryl Neal, Ann Moore and Janet Stickley. Josephine loved her family. She was a creative published writer and also worked as a journalist for the Middlesex News in Acton and Boxboro when her kids were young. She greatly enjoyed both hearing and telling stories with any good company that would join her with a glass of scotch. Simple pleasures like walking outside in good weather was a favorite pastime. She will be missed by all who knew her. Interment in Riverside Cemetery, West Townsend will be handled privately. The Anderson Funeral Home, 250 Main Street, Townsend Center is assisting the family with arrangements.

TOWNSEND : Josephine Rae (Stone) Theriault, 85 formerly of Acton, Florida and Townsend died Wednesday, March 17, 2021 at her residence in the Apple Valley Center, Ayer. She was born November 3, 1935 in Bentree, WV, the daughter of the late... View Obituary & Service Information

The family of Josephine Rae (Stone) Theriault created this Life Tributes page to make it easy to share your memories.

Send flowers to the Theriault family.