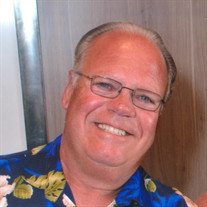 AYER: Jonathan W. “Jay” Doe, 67, of Ayer, formerly of Harvard, died unexpectedly Thursday, October 14, 2021 at Nashoba Valley Medical Center, Ayer. Jay was born in Ayer, December 5, 1953 a son of the late Whitney C. and Charlotte J. (Johnson) Doe and resided in Harvard before moving to Ayer in 1979. He was a graduate of Applewild School in Fitchburg and Lawrence Academy in Groton. While at Lawrence Academy Jay was the goalie for their hockey team. Jay held the position of Maintenance Supervisor for the Massachusetts Department of Transportation until his retirement in 2018. Throughout his life he also worked on his family’s farm, Doe Orchards in Harvard. He enjoyed traveling in his recreational vehicle, spending time with his family, going on cruises and vacations and listening to music. He had a great love for car racing and even raced his own Datsun 510. He leaves his wife of 42 years, Ann K. (Wyman) Doe; two daughters and two son-in-laws, Kristen A. and Stephen Picard of Townsend, Katelyn W. and Bryan Fox of Lunenburg; his brother and sister-in-law, Lawrence C. Doe and Pamela Lawson of Harvard; his sister, Nancy C. Doe of Leominster and two grandchildren, Grace and Nicholas Picard. A brother-in-law Jim "Skeeter" Wyman of Groton and Florida, and two sister-in-laws Pam Wyman and Gail Januskiewicz and brother-in-law Mark Januskiewicz of Ayer. He leaves many nieces, nephews, and great nieces and great nephews as well. He had many, many long time friends including his "best friend" (next to Ann) Mike Padula. Jay was loved by all. A graveside service will be held 11:30 AM Thursday, October 21, 2021 at Bellevue Cemetery, Still River Road, Harvard. The Anderson Funeral Home, 25 Fitchburg Road, (Rte. 2A) Ayer is assisting the family with arrangements. For additional information or to leave an online condolence please visit their website at www.andersonfuneral.com.

The family of Jonathan W. "Jay" Doe created this Life Tributes page to make it easy to share your memories.

Send flowers to the Doe family.