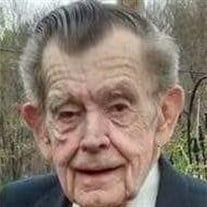 Fitchburg: John A. Shertzer, 85, of Fitchburg, Formerly of East Millinocket, Maine, died peacefully Friday, January 4, 2019 at Fitchburg healthcare, Fitchburg. His wife, Norma Jean (Ravellette) Shertzer died in August 2017. Mr. Shertzer was born in Lancaster, PA, January 29, 1933, a son of Charles W. and Birdie (Mallot) Shertzer and resided over 20 years in Maine before moving to Fitchburg six years ago. Mr. Shertzer served his country for twenty two years in the armed forces during both the Korean Conflict and Vietnam War. Initially, he served four years in the United States Marine Corps before enlisting in the United States Army where he served eighteen years, retiring in 1974 at the rank of Sargent First Class. During his career Sgt. Shertzer was twice awarded the Bronze Star for “Meritorious Achievement in Ground Operation Against Hostile Forces” as well as receiving the Purple Heart Medal for injuries received in combat. He was a member and Past Commander of the Townsend VFW and a member of the American Legion. He enjoyed golfing and was an avid New England Patriots fan. He also enjoyed spending time with his two dogs, Tidbit & Tia. Mr. Shertzer leaves a son, Vincent E. “Ed” Shertzer of Chelmsford; two daughters, Tina L. Jaillet of Fitchburg, Bonnie L. Brady of Townsend; a brother, Robert Shertzer of PA, seven grandchildren and 12 great grandchildren. He was the brother of the late Charles "Jay" Shertzer, Thomas Shertzer, Patricia Shertzer, Shirley Overly, and Howard Shertzer all of Pennsylvania. Mr. Shertzer’s family will receive family and friends from 4-7 PM Tuesday, January 8, 2019 at the Anderson Funeral Home, 250 Main Street (Rte 119) Townsend Center. Burial will be at a later date at Hillside Cemetery, Townsend. Please see www.andersonfuneral.com for additional information or to leave an on line condolence. Memorial contributions in Mr. Shertzer’s may be made to the Veteran’s Support organization of the donor’s choice.

The family of John A. Shertzer created this Life Tributes page to make it easy to share your memories.

Fitchburg: John A. Shertzer, 85, of Fitchburg, Formerly of East...

Send flowers to the Shertzer family.