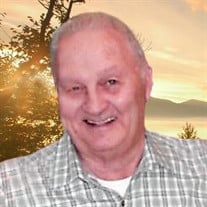 Shirley: John P. “Jack” Sawyer, 79, of Shirley, formerly of Harvard, died Tuesday, December 11, 2018 at Fitchburg Healthcare, Fitchburg. Jack was born in Portland, Maine, on January 17, 1939, the eldest son of John P. and Doris L. (Lewis) Sawyer. He was a 1956 graduate of The Bromfield School in Harvard. After graduating from high school, he served his country in the National Guard. In addition to working as a machinist and as a salesman for food service appliances and agricultural equipment, Jack owned and operated an excavation business as well as Sawyer Construction in Harvard. An accomplished marksman, Jack was a founding member of the Harvard Sportsman’s Club and coached shooting in the Groton Pony Club triathlon program. He was a member of the Ayer-Shirley-Harvard Rotary Club, the Harvard Fire Department, and worked part-time as a dispatcher for the Harvard Police Department. He also served the town as a Water Commissioner and served on the Harvard 4th of July Celebration Committee. Jack leaves his wife of 53 years, Mabel T. (Taylor) Sawyer, two daughters, Diane S. Dooley of Lawrence and Gail S. DeSimio and her husband, Daniel, and their daughter, Isabella, of Westbrook, Maine, a brother, Charles Sawyer of Chelmsford, and a sister, Kaye Ward of Harvard. A memorial service will be held on Saturday, December 29, at 2pm, at the Congregational Church of Harvard, located at 5 Still River Road.

The family of John P. "Jack" Sawyer Jr. created this Life Tributes page to make it easy to share your memories.

Send flowers to the Sawyer family.