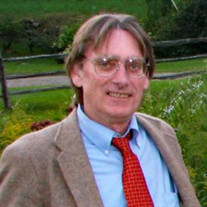 TOWNSEND: John K. Wilson, 74, of Winchendon, a former longtime Townsend resident died unexpectedly Monday, April 18, 2022 at his home. John was born in Fitchburg, May 3, 1947, a son of the late Ralph B. and Eleanor (Bierworth) Wilson and grew up in Townsend. He was a 1966 graduate North Middlesex Regional High School in Townsend and later continued his education at Fitchburg State College where he received his bachelors and masters degrees. From 1967-1971 John served his country in the United States Air Force. Most recently John had worked as a psychologist for the Commonwealth of Massachusetts Department of Corrections. Previously, he had held positions as a real estate broker, at United Parcel Service, in the building industry and at Simons. He enjoyed all animals especially his dog, “Buddy”. John is survived by three sisters and brothers in law, Kathleen Kelley and her husband, Brian of York Beach, ME, Eunice Tero and her husband, Robert of Edmond, OK, Cecile Franco and her husband, Frank of Dighton, MA. His sister in-law’s Joan Wilson (Kenneth Wilson) of Miles City, MT and Barbara Wilson (Herbert Wilson) of Greenland, NH, as well as many nieces and nephews. He was the brother of the late Ralph B. Wilson, Jr, Kenneth Wilson, Herbert Wilson, Rosemarie Leppanen, Annabel Okerman and Phyllis Harrington. John’s family will receive relatives and friends at calling hours 5-7 PM Monday, May 23, 2022, at the Anderson Funeral Home, 250 Man Street (Rte 119) Townsend Center. For additional information or to leave an online condolence please visit their website at www.andersonfuneral.com. Funeral services with military honors will be offered 1 PM Tuesday, May 24, 2022 Massachusetts Veterans Cemetery, 111 Glenallen Street, Winchendon. Memorial contributions may be made to MSPCA, 350 South Huntington Ave, Jamaica Plain, MA 02130.

TOWNSEND: John K. Wilson, 74, of Winchendon, a former longtime Townsend resident died unexpectedly Monday, April 18, 2022 at his home. John was born in Fitchburg, May 3, 1947, a son of the late Ralph B. and Eleanor (Bierworth) Wilson and... View Obituary & Service Information

The family of John K. Wilson created this Life Tributes page to make it easy to share your memories.