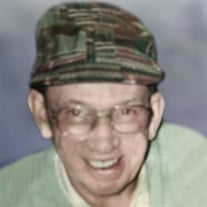 AYER: John J. Horgan passed away peacefully on April 22, 2021, just one day shy of his 90th birthday. His wife Geraldine (Gerry) Sullivan died May 11, 2018, and his son Patrick died November 3, 2019. John was born in Ayer on April 23, 1931, the sixth of nine children to Charles L. and Anna G. (Feeney) Horgan. He grew up in Ayer and graduated from Ayer High School, The Bentley School of Accounting and Finance, and Northeastern University. He was a Certified Public Accountant in the Commonwealth of Massachusetts and a past member of the American Institute of Certified Public Accountants. He was a life-time member of St. Mary’s church in Ayer. John started his career as an office clerk at National Biscuit Company in Cambridge in 1951. After serving two years in the service of his country in the United States Army during the Korean Conflict, he spent most of the rest of his professional career as a Government Auditor with the Defense Contract Audit Agency, retiring as a Supervisory Auditor on December 31, 1993. John was an avid golfer with a long-time membership at the Westminster Country Club. He was also a member of the Orchard Hills Athletic Club. He was proud of the fact that he had donated over 100 pints of blood to the American Red Cross. He is survived by his daughter Mary Jo and her husband Steven Nurney; his son Christopher and his wife Pamela; his grandsons Wesley Nurney and his wife Sarah, Benjamin Nurney, William Horgan and Jacob Horgan; his brother Philip and his wife Patricia; and many nieces and nephews and close friends. He was predeceased by his siblings, Helen Poitras, Mary Cote, Ruth Hederson, Charles L. Horgan, Jr., Edna Dowey, Thomas Horgan, and James Horgan. A Memorial Mass and celebration of his life will take place at a later date. The Anderson Funeral Home, 25 Fitchburg Road, Ayer is assisting the family with arrangements.

The family of John J. Horgan created this Life Tributes page to make it easy to share your memories.

Send flowers to the Horgan family.