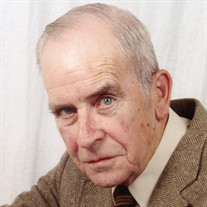 ASHBURNHAM: John W. Christian, 87, died of natural causes on June 6, 2019 in his home on Sunset Lake in Ashburnham, Massachusetts. His beloved wife of 41 years, Gisela W. (Wehrhan) Christian died in 2010. Born in Boston, Massachusetts on December 30, 1931, he was the son of the late Clarence H. and Margaret E. (O’Brian) Christian of Gardner, Massachusetts and he resided in Townsend for various periods since 1940. In 1996 he moved to Ashburnham. Mr. Christian was a graduate of the Hill School, Pottstown, Pennsylvania and of Pennsylvania State University. He was a veteran of the U.S. Army, serving in Germany, and he was employed for many years by Sun Oil Company International, Inc. of Philadelphia, Pennsylvania as the manager of that company’s Land Department. On returning to Massachusetts in 1972, he and his wife operated a popular coffee shop in West Townsend and thereafter he was employed by New England Business Service, Inc. in Townsend, from which he retired in 1996. He was a member of the Townsend Historical Society since 1972. He is survived by his brother-in-law Dr. William Malamud, of Auburndale, MA; his stepson, Robert Seufferheld and his children Brian, John, Taylor and Joseph of Portland, Oregon; his granddaughter, Angela Miconi of Arlington, Texas; two step great-granddaughters and one step great-grandson; and numerous nieces and a nephew. Mr. Christian was preceded in death by his sister, Camille Malamud and his stepdaughter, Regina "Nina" Miconi, of Athol. Although he did not father any children biologically, he was an exemplary and loving father figure to his stepson, stepdaughter, and grandchildren, who will miss him very much. A private service is planned at time of interment. The Anderson Funeral Home, 250 Main Street, Townsend is assisting the family with arrangements.

The family of John W. Christian created this Life Tributes page to make it easy to share your memories.

Send flowers to the Christian family.