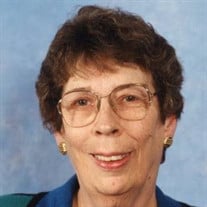 Groton: Jean Kirkwood (Ronald) Belliveau, 81, of Groton, formerly of Boxborough, and Easley, South Carolina, died Wednesday, September 5, 2018 at her home. Her husband of 54 years, Joseph “Joe” Albert Camille Belliveau, died in 2016. The two shared a special bond and were rarely apart from each other. Jean and Joe enjoyed traveling the globe, spending time in Southeast Asia and Puerto Rico. In retirement, they explored the Southeast United States in their motor home. Jean leaves her two daughters, Julie E. Ward and Linda L. Hass, both of Townsend; her son and daughter-in-law, Michael J. and Anne Belliveau of Wenham; her sister-in-law, Cristina (de Yturralde) Ronald of Toronto, Canada; seven grandchildren, Ryan, Jordan, Cassandra, Megan, Sarah, Chloe, and Samuel; and a great grandson, Caleb. She was predeceased by her son-in-law, Edward J. Ward of Townsend, and her brother, T. Iain Ronald. Jean was born in Glasgow, Scotland, the daughter of Newton and Elizabeth (Crawford) Ronald. She moved to North America in 1960, spending time in Canada, Minnesota, Texas, and Michigan before residing for many years in Boxborough. After a tenure in South Carolina, Jean returned to this area last year. Jean had worked as an administrative assistant for the Digital Equipment Corporation in Maynard, Littleton and Westford. Many years ago, she worked for the 3M Corporation in St. Paul, Minnesota. While in South Carolina, Jean volunteered her time at an area hospital. Affectionately referred to as “Nana” by her family, Jean very much enjoyed spending time with her grandchildren. She was also an avid reader, particularly of mystery novels. Jean possessed a keen mind and sharp intellect. She will be remembered as a caring mother, wife, grandmother, great grandmother, and friend. Funeral services will be held privately. The Anderson Funeral Home, 250 Main Street, Townsend is assisting the family with arrangements.

The family of Jean K. Belliveau created this Life Tributes page to make it easy to share your memories.

Send flowers to the Belliveau family.