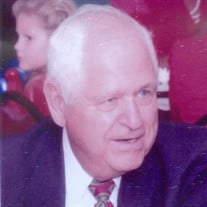 AYER: James H. Moody, 92, of Ayer, formerly of Littleton and North Carolina, died Sunday, June 30, 2019 at his home. He was the husband of Constance (Burrows) Moody who died in 2009 and Maxine A. (Moulton) Moody who died in 1978. Mr. Moody was born in Lowell, December 27, 1926, a son of Horace T. and Elsie (Perry) Moody. During WW II Mr. Moody served his country in the United States Navy. Following the war, he remained active in the US Navy Reserves until his retirement in 1964. Mr. Moody was a 32nd Degree Mason in the Auburn, Maine Masonic Lodge as a Life Member of the Ancient and Accepted Scottish Rite in Androscoggin, Maine. He was also a member of the American Legion. Mr. Moody spent much of his career as a salesperson for Auto Parts. In the 1970’s he owned and operated MAWD Auto Parts Store in Lowell. Mr. Moody leaves four sons, James H. Moody Jr, of North Carolina, Michael B. Moody of Portland, ME, Jeffrey H. Moody of Acton, Richard J. Moody of Palm Coast, FL; two daughters, Cathy A. Iverson of Shirley, Nancy L. Sweeney of Ayer; a sister, Frances A. Bacon of Charlotte, NC; 13 grandchildren, 20 great grandchildren and 2 great great grandchildren. He was predeceased by his son, Robert J. Moody of Greene, ME and his brothers, Horace T. Moody Jr. and William F. Moody both of Turner, ME. A graveside service with military honors will be private. There are no calling hours. Memorial contributions may be made to American Heart Association, PO Box 3049, Syracuse, NY 13220-3049. The Anderson Funeral Home, 25 Fitchburg Rd Ayer is assisting the family with arrangements. Please visit their website at www.andersonfuneral.com for additional information or to leave an on line condolence.

The family of James H. Moody created this Life Tributes page to make it easy to share your memories.

Send flowers to the Moody family.