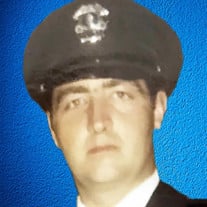 WEST GROTON: James G. Downes, Jr., 77, of West Groton died Sunday, June 23, 2019 at Emerson Hospital Concord. His wife of 57 years, Shirley M. (Lareau) Downes died in December of last year. Mr. Downes was born in Ayer, November 19, 1941 a son of James G. and Jeannette N. (LaPrade) Downes Sr. and resided much of his life in West Groton. He was a graduate of St. Bernard’s Central Catholic High School, Fitchburg and in 1971 graduated from Massachusetts State Police Academy for municipal police officers, Framingham Massachusetts. For 25 years he served his community as a police officer in Groton, where he attained the rank of Sergeant. In addition to his position on the police department he was appointed as Middlesex County Deputy Sheriff for a nearly decade. While working as a police officer in the Town of Groton he graduated from numerous advanced police investigative courses and in the 1970’s served as a crime scene technician for major crimes in Groton and several surrounding towns. Additionally, he became licensed as a Massachusetts Emergency Medical Technician during the EMT program’s early implementation in Massachusetts. He served as President of Groton Police Association in the 1970’s and helped sponsor youth and community based programs including youth baseball team. In the mid 1990’s, Mr. Downes was appointed as Special Police Officer in the Town of Dunstable, a position he held for numerous years. After retiring in 1994, he invented a lightweight, novel corrugated pallet which greatly reduced shipping costs for manufacturing while reducing businesses carbon footprint within the environment. In more recent years he enjoyed time with his granddaughter and family trips to White Mountains. He leaves two sons, James G. Downes III and his companion Lucia Ford and Brian Downes both of West Groton; his brother, Gary R. Devlin of Ashburnham, his brother in law, Peter Lareau of Ashby and his granddaughter, Samantha Downes of Groton. He was the brother of the late Janice E. Downes who died in 2005, Jane J. Tessier who died in 1975 and Janet F. Moyen who died in 1988. A Mass of Christian Burial will be held 11 AM Thursday, June 27, 2019 at St. John’s Church, 1 School Street, Townsend. Burial will be in Hillside Cemetery. Calling hours are 4-7 Wednesday, June 26th at Anderson Funeral Home, 250 Main Street, (Rte 119) Townsend Center. For additional information or to leave an on line condolence, please see their website at www.andersonfuneral.com.

The family of James G. Downes Jr. created this Life Tributes page to make it easy to share your memories.

Send flowers to the Downes family.