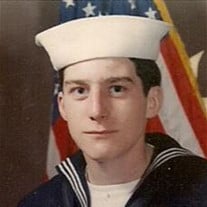 LANCASTER: John Barry Neas, 64, of Lancaster, formerly of Holbrook and South Boston, died Friday morning, July 19, 2019 at his home. Barry was born in Boston, November 4, 1954 a son of the late John H. and Anne Marie (Kasper) Neas and grew up in South Boston. Barry worked as a house painter and cab driver until he began work for the Department of Revenue in the 1980's starting in the mail room and ending as a Systems Analyst. Barry was an outdoorsman with a real love of nature, trading in his hunting rifle for a camera to capture all its wonder. His love for his dogs, cats and hummingbirds was legendary. He loved cars, driving really fast, and fishing with his nephew Scott. A Vietnam era Navy Veteran, Barry was proud of his service to our country and was able to show that deep pride through relief efforts in many parts of the country with his beloved Team Rubicon brothers and sisters. He was also a contributing member of Project Healing Waters, The Mission Continues and Vietnam Veterans Of America. Barry was gifted with five, beautiful, extended years of life due to the great sacrifice of a liver donation by his "brother from another mother" Rob MacMillan. We will never be able to repay Rob's willingness to put his life on the line for Barry. He leaves his wife, Claire (Kakos) Garrity Neas; his sisters, Linda (Roger) Rhinehart Neas of Deerfield, Patricia Kempton of New Harbor, ME, Andrea Susan Kniaz of Lee, NH and a brother Gregory Neas and wife Beverly of Las Vegas, Nevada. Barry was blessed to raise two daughters, Wendy and Melissa Schaeffer of Florida. He adored his many nieces and nephews, stepchildren and 10 grandkids and was proud to be a part of their lives. He was predeceased by two brothers, Timothy Neas and Matthew Neas both of South Boston. A Funeral Mass will be celebrated 10 AM Friday, July 26, 2019 at St. Boniface Church, 817 Massachusetts Avenue, Lunenburg. Calling hours are 4-7 PM Thursday, July 25th at the Anderson Funeral Home, 250 Main St. (Rte 119) Townsend Center. For additional information, please visit their website at www.andersonfuneral.com. Memorial contributions may be made to Team Rubicon National Headquarters, 6171 Century Blvd. Suite 310,Los Angeles, CA 90045.

The family of J. Barry Neas created this Life Tributes page to make it easy to share your memories.

Send flowers to the Neas family.