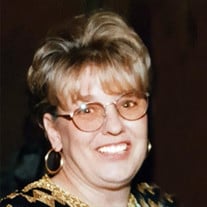 Townsend: Helene Ann (Krol) Harrison, 76, passed away Saturday morning, November 19, 2019 Bedford Hills Nursing Home, Bedford, NH . Her husband of 43 years, John Harrison, died in January 2009. Helene was born in Waltham, December 30, 1943, the youngest of four children born to Stanley (Rube) and Helene May Krol. In 1964 Helene met a tenacious young man name John Harrison while out with some friends at the Fort Club in Ayer. Helene and John saw each other everyday after that night. Six months later John asked for Helene's hand in marriage, realizing she had met the love of her life she accepted and got married a month later in July 31st, 1965. Over the next 44 years they had many adventures together, along with starting a family. They started the Wayside Restaurant in Westford, bought a nine unit motel in Townsend and also built new homes in Massachusetts and Southern New Hampshire, just to name a few . Helene had a passion for life and love to talk about skiing at Cannon Montain, water skiing, ice skating ,snowmobiling and horse back riding with her family. Helene loved to laugh, and always had a smile on her face in whatever she did. I know I can speak for my brother and sister that when ever our friends came over mom always had a spot at the dinner table for them, and they were treated like family. Helene loved Jesus, and would always say "Pray about it" if you weren't sure about something or troubled by life, she had an awesome faith and love for the lord. I've never seen a couple like my mother and father who loved each other as much as they did. I'm glad there back together now. We are gonna miss you MA !! Helene was survived by her daughter and her family Zoe Harrison Rivard, Dereck Rivard, Devynne Rivard of Griffen, GA; two sons, John Harrison and his family, Tina Harrison and Olivia Harrison all of Fitchburg and Bryce Harrison. She also leaves several cousins, nieces, nephews. She was the sister of the late Sandra LaRossee of Littleton, John Krol of Littleton, NH and Stanley Krol of Newburyport and the grandmother of the late Brittny Harrison. A Memorial Service will be a 10 AM Saturday, February 9th at Crossroads Church in Fitchburg. A celebration of Helene's life will be held in the summer of 2019.

The family of Helene (Krol) Harrison created this Life Tributes page to make it easy to share your memories.

Send flowers to the Harrison family.